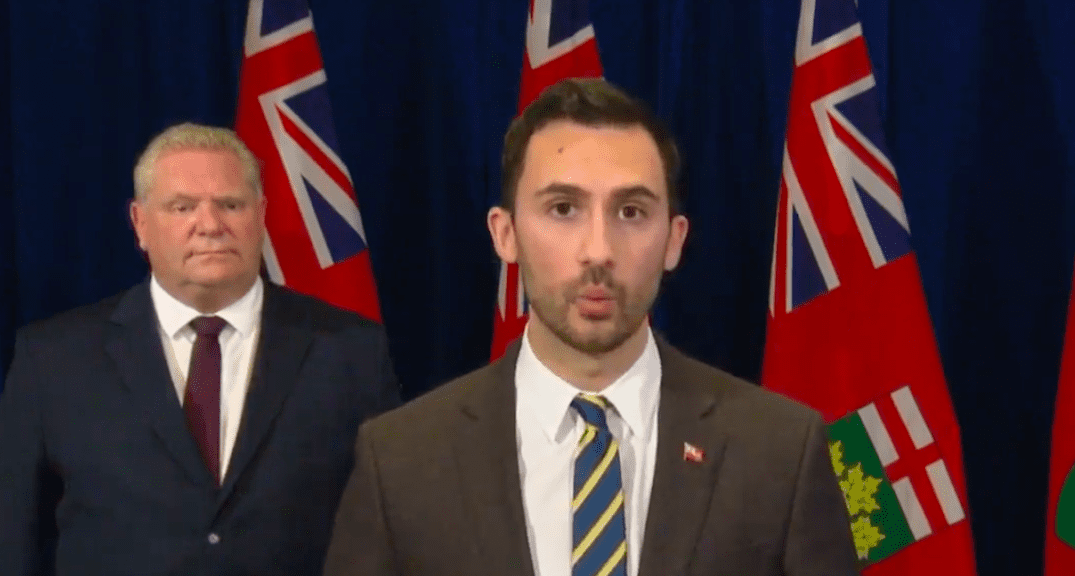 With a massive rally scheduled for today at Queen’s Park, the Canadian Union of Public Employees have made it easier for those who can’t get to downtown Toronto with localized rallies at MPP offices around Ontario.

“Education workers are the backbone of Ontario’s public education system. They’re fighting for a good deal to ensure high-quality education and services for kids,” declared a message on CUPE’s Picket Line Finder page. “Whether you’re an education worker or an ally, come out to a picket line to send the Ford Conservatives a message and to secure a real deal.”

To find a picket near you, simply input your address or just the city and your nearest picket and the protest times pops up.

In Durham Region there will be pickets at all five MPP offices – including Oshawa NDP MPP Jennifer French’s offices, so perhaps that would be more of a ‘rally’ than a protest.

The Ontario Federation of Labour called Premier Doug Ford’s use of the Notwithstanding Clause to force a contract on 55,000 CUPE education workers a “full-frontal attack on basic labour freedoms in Ontario.”

“The right to free and fair collective bargaining is a fundamental freedom, protected by the Canadian Charter of Rights and Freedoms. Ford’s attack on education workers is an attack on all workers in Ontario. If he gets away with it, all other workers will face the same threat: contracts imposed by law instead of free collective bargaining.”