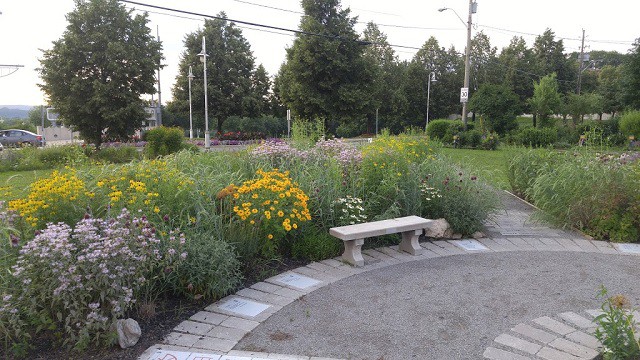 There is a catch-22 facing residents of Hamilton’s north end — giving up a unique community park so affordable housing can be built on it.

The city’s public works committee will be hearing a presentation and hosting discussion on Wednesday (July 7) about a long-planned move to sell the land under the Sunset Cultural Garden at Bay Street North and Strachan Street. CityHousing Hamilton, which runs public housing, asked the city to sell off the land so it could be developed.

The cultural garden, which features some 2,000 native plants, was built and planted in 2014 by volunteers. A group has maintained it ever since. The prospect of the green space being replaced first came up in 2017.

Hamilton does have an affordable housing crisis. In December, the federal government did announce a nearly $11-million rapid housing allocation to build 45 units in the city.

A report prepared for Wednesday’s meeting indicates that a notice of the development proposal was sent to 17 properties “in close proximity to the Subject Lands.” Six of the seven responses that came back were opposed to the proposal.

A section of the report with the subheading Alternatives For Consideration simply states: “N/A.”

City staff in the landscape architectural services division are also opposed to the sale. The basis for their stance, according to the report, is that the “Subject Lands are currently functioning as Open Space and the closure and sale will reduce Open Space in the North End West Neighbourhood which is deficient in parkland.”

The land is near Hamilton’s spacious Bayfront Park, but volunteers would have to start from scratch to re-establish the cultural garden in a new location.

On Wednesday, the public works committee will hear a delegation from Sandra Hudson, who represents Friends of Sunset Cultural Garden.

The meeting can be streamed on the City of Hamilton’s YouTube channel at 1:30 p.m.