Earlier this month, police were called to a business on Mavis Rd. to investigate reports of a deceased man.

Later on, a deceased woman was found in a home on Cedarglen Gate in Mississauga.

The woman, who police said was killed by her now-deceased (by suicide) husband, was later identified as 47-year-old Linda Santos.

Now, a friend of Santos’ 21-year-old daughter, Shania, is working to raise money to pay for funeral expenses and help Shania through the last month of her pregnancy.

“Linda Santos was a devoted mother, daughter and sister. She cherished and loved her children, working tirelessly everyday to provide for them and their families. Linda’s life was cut tragically short on Thursday, November 1 when she was found murdered by her husband. In her passing she left behind her daughter Shania and son Tyler,” the Go Fund Me page, started by Shania’s friend, Tara Sotoudeh, reads. 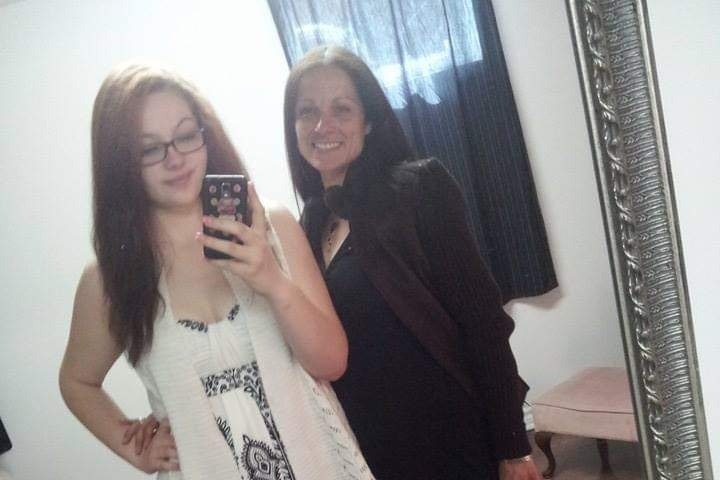 Linda and Shania, photo courtesy of the Go Fund Me page

Sotoudeh told insauga.com that Shania is a client at the veterinary clinic she works at, and that the two became closer friends while the clinic was caring for her dog over the summer. Prior to that, the two were acquaintances who met through Sotoudeh’s boyfriend.

“I originally didn’t know [what happened to Linda]. I saw that Shania posted condolences for her mother, and I realized that was the crime I saw on the news,” says Sotoudeh

“I was devastated. I’d met her mother a few times in passing, and it was devastating to find out that she died the way she did.”

Sotoudeh told insauga.com that Santos had been in an abusive relationship with her partner, 56-year-old Ross Ingberg, and went to his house to inform him that she was leaving him.

According to Sotoudeh, he became angry and strangled her to death.

He hung himself at work later that morning

Sotoudeh says Shania is pregnant and expecting in just under one month, and that her support system has faltered in the wake of her mother’s death.

“In this difficult time, this Go Fund Me aims to provide financial aid to help cover funeral costs as well as support Shania and her newborn,” the page reads.

“Shania is due in about a month, and her brother is having his second child right now. She was reliant on her mother for a lot of things, and she just lost her,” says Sotoudeh, adding that Shania was living with her mother at the time of the murder.

The fall murder capped off what’s already been an alarming year for fatal domestic violence incidents in Peel.

By March of this year, five Peel Region (Brampton and Mississauga) women had been reportedly killed by family members and romantic partners. In less than three months, Baljit Thandi, 32, Avtar Kaur, 60, Elaine Bellevue, 61, Hoden Said, 30 and Alicia Lewandowski, 25 all succumbed to injuries sustained in alleged attacks by men they knew.

After Santos’ death, the Peel Committee Against Woman Abuse released a statement expressing their sadness and outrage in the wake of the murder.

PCAWA is saddened and outraged to share news of the 6th femicide in Peel in 2018. Our deepest condolences to the family & friends of Linda Santos. Nov is Woman Abuse Awareness Month. We need to speak up, challenge violence against women and support survivors. #EndVAW #EndGBV pic.twitter.com/7pxHuMAG9i

Santos’ is the six woman to be allegedly murdered by her romantic partner in the region in 2018.

Walmart shares an interesting fact about Mississauga
If you live in Mississauga, you probably enjoy shopping at Walmart for groceries and other basic household necessities.
END_OF_DOCUMENT_TOKEN_TO_BE_REPLACED