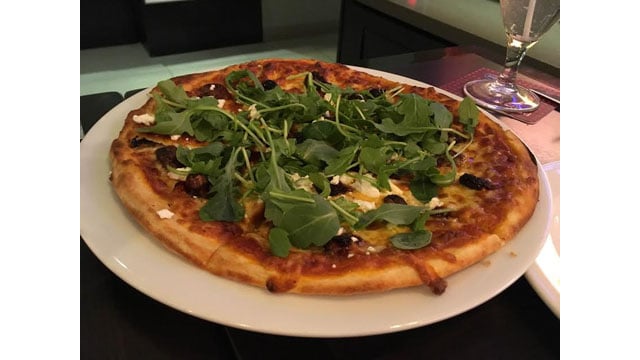 Pizza fans who like a little creativity–along with halal options–to go with their lunch or dinner should be pleased to hear that Pizzano Pizza and Wings recently expanded and opened a second location on Rathburn Road in Mississauga.

The brand, known for serving everything from classic pepperoni pizzas to more inventive butter chicken and Mediterranean pizzas, also operates a location on Dundas Street East.

In terms of other offerings, the restaurant offers pizza and wing deals ($17.99), game night deals that include one medium pizza with four toppings, 10 wings, two dips and two pops ($20.99), mega deals with two extra large pizzas, 30 wings and six pops ($52.99) and more.