The attempted robbery of a Mississauga jewellery store was thwarted when store employees chased the suspects off with swords.

Police say the attempted robbery took place at Ashok Jewellers, a Malton store located in the Airport Rd. and Morningstar Dr. area, in the afternoon hours of Nov. 21. 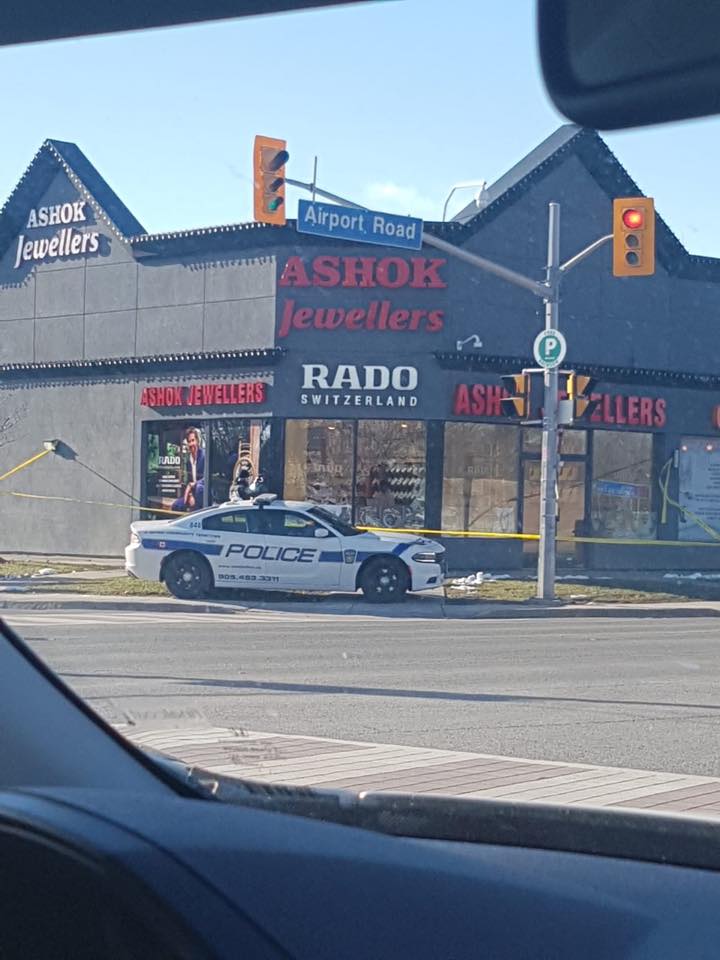 A video of the incident, posted to the Brampton Beats Facebook page, shows the suspects breaking a window and attempting to enter the establishment.

The same video shows store employees fending the suspects off with swords.

According to police, the suspect vehicle was seen fleeing north on Airport Rd.

“There were no injuries and no property was taken,” says Peel police Cst. Danny Marttini.

The suspects are described as four individuals who were all wearing dark outfits. Two were seen wearing blue jumpsuits with what looked like reflective gear. In the video, one is holding what looks like a firearm.

“The victims did use swords,” says Cst. Marttini, adding that victims should generally avoid using force in these types of situations.

“While the victims were able to keep the suspects from entering further, we don’t condone violence in any format because this could have been a completely different scenario,” she said, adding that victims who use excessive force could also end up in trouble with police.

An investigation into the incident is ongoing.

Anyone with any information is urged to contact police.

New Italian street food restaurant opening in Mississauga soon
Mississauga has quickly become something of a food mecca in the GTA, as it's home to a diverse population and, therefore, a vibrant and culturally-expansive restaurant scene.
END_OF_DOCUMENT_TOKEN_TO_BE_REPLACED