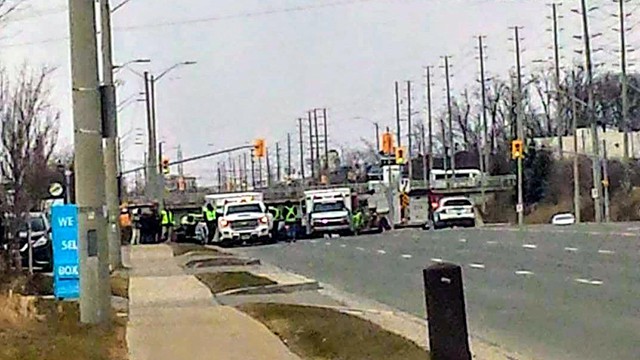 Shortly before 2:00 p.m., Peel Paramedics announced that a crash involving a transport truck and two other vehicles occurred on Mavis, just north of Dundas.

Paramedics say one person has sustained serious injuries, while two others are suffering from moderate injuries.

All parties are being transported to local hospital.