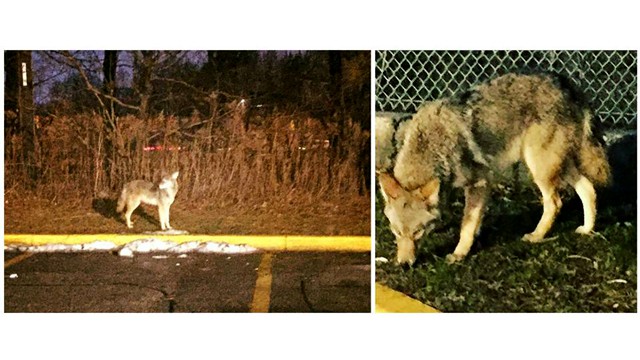 When most people go mall shopping, they expect to see a variety of stores and some good sales – not a wild animal!

A coyote was spotted in the Dixie Mall parking lot yesterday evening, according to a recent entry from the QEW South Post.

The coyote was reportedly walking up to people and cars at around 9:30 p.m., which caused shoppers to promptly alert the police.

It looks like the situation was taken care of with minimal hassle – animal control was called in to remove the wandering coyote from the premises, according to Peel Regional Police Const. Mark Fischer.

This doesn’t seem to be an isolated incident, however. In 2015 alone, an estimated 230 reports of coyote sightings were filed with the City of Mississauga.

Coyote sightings in urban areas have risen to the point that the city has advised residents to keep an eye on their pets. With three dogs attacked by coyotes last year, it is recommended that you keep your animal companions close to you, and stay away from coyotes.

“Do not feel sorry for them,” said Linda Dent, an animal services education officer. “Do not offer food to them, and if they are attracted to something – say, your bird feeder – that needs to be removed.”

Coyotes are wild animals “and we have to respect that,” she said.

If you spot a coyote you are urged to dial 311 and report it.