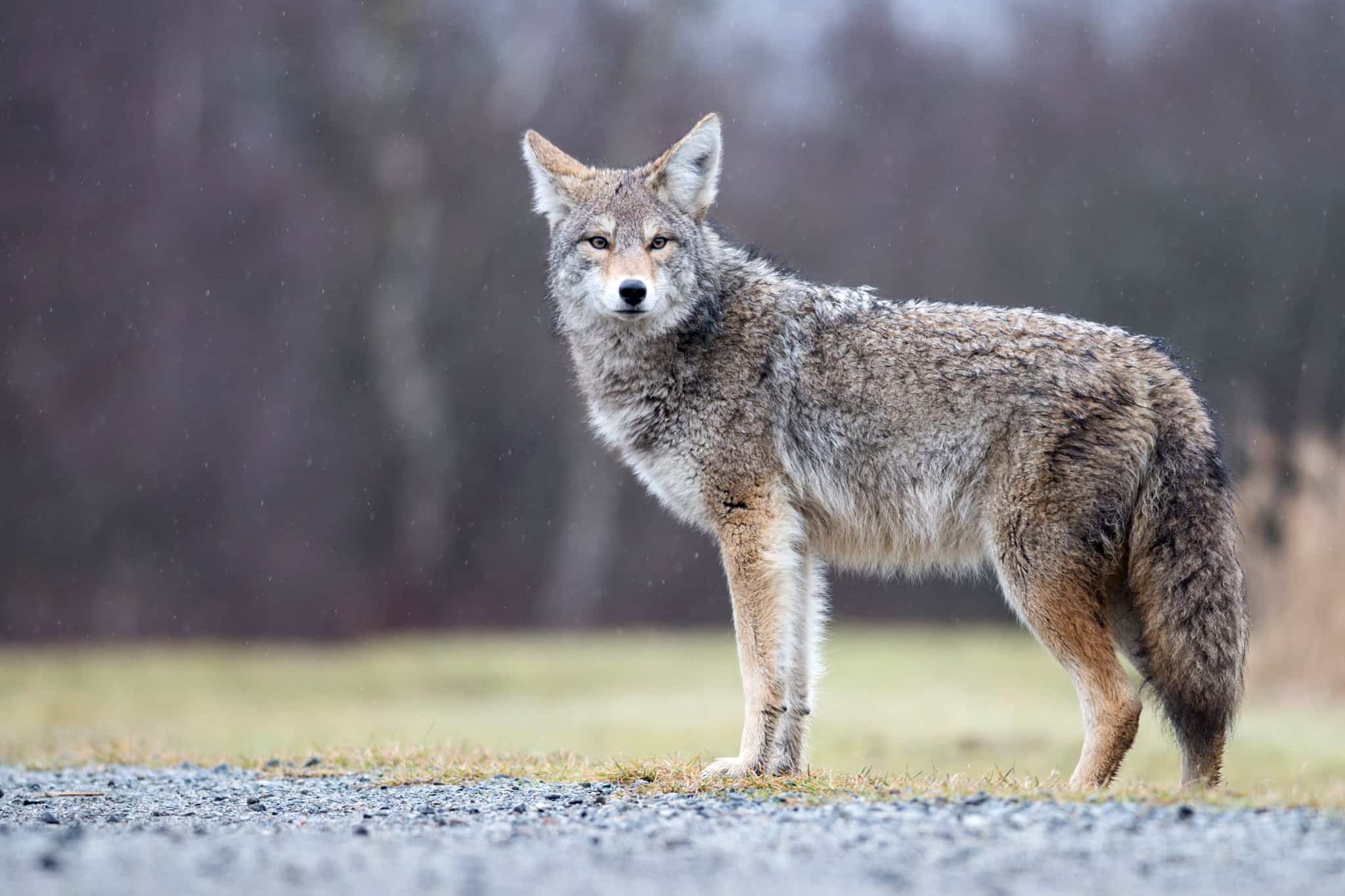 January is the start of coyote mating season and the City of Mississauga warns the public to exercise caution.

Although coyote incidents are dramatically down in Mississauga, this is the time of year when they become more active.

Coyotes search for mates and usually begin mating in February, the city said in a press release.

“During this time of year, you may see, hear or encounter coyotes as they look for their mates,” the release notes. “You may also hear them howl and yip more as they communicate and establish their marked territory.”

Within a coyote pack, only the breeding pair or alpha pair can reproduce. Others, the subordinates, assist with caring for pups, hunting for food, guarding the pack and defending their marked territory.

Coyote pups are typically born around the end of March through April. An average litter is around four to six pups. Pups are born blind, live in their den for about four to five weeks and are fully weaned after a month. This is the only time coyotes voluntarily use a den — normally they sleep above ground, according to a study from Ohio State University. 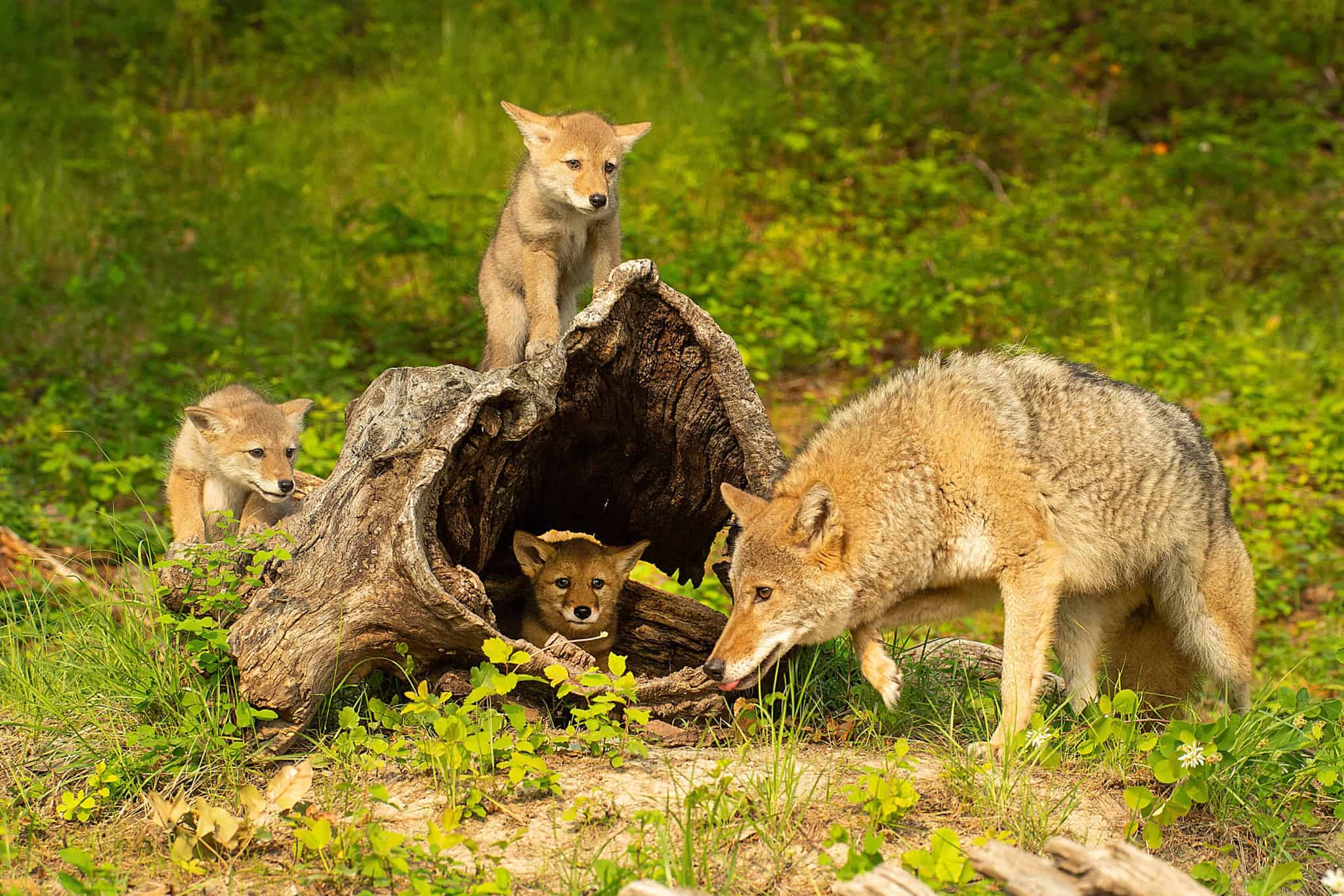 They outgrow their den at the twelve-week mark and will be fully grown within a year.

Coyotes play an essential role in an urban ecosystem as they help control rodents and other wildlife populations, the City of Mississauga notes.

“You may see coyotes foraging during the day when their pups are born – as the need for food increases,” the press release states. “They often move around in search of food.”

They are opportunistic and will eat what is readily available, including mice, rats, squirrels, raccoons, berries and nuts. They become attracted to communities because of food and shelter.

“While incidents with humans are rare, there may be a greater likelihood of a pet being involved in an incident during mating season,” the city notes. “Coyotes will be more visible, protective and potentially be more defensive or bold to ward off threats and dangers to their pups and territory.”

If you encounter a coyote near its den, it might try to escort you to a safe distance, the city advises.

A coyote may hunch its back, approach you or start to yip, bark or huff.

“Slowly leave the area and pick up small pets,” the city says. “Coyotes view pets, like dogs, as potential threats, so never leave your pets unattended and off-leash, especially at night. Avoid retractable leashes that allow your pets to roam and don’t leave pets alone in your backyard.” 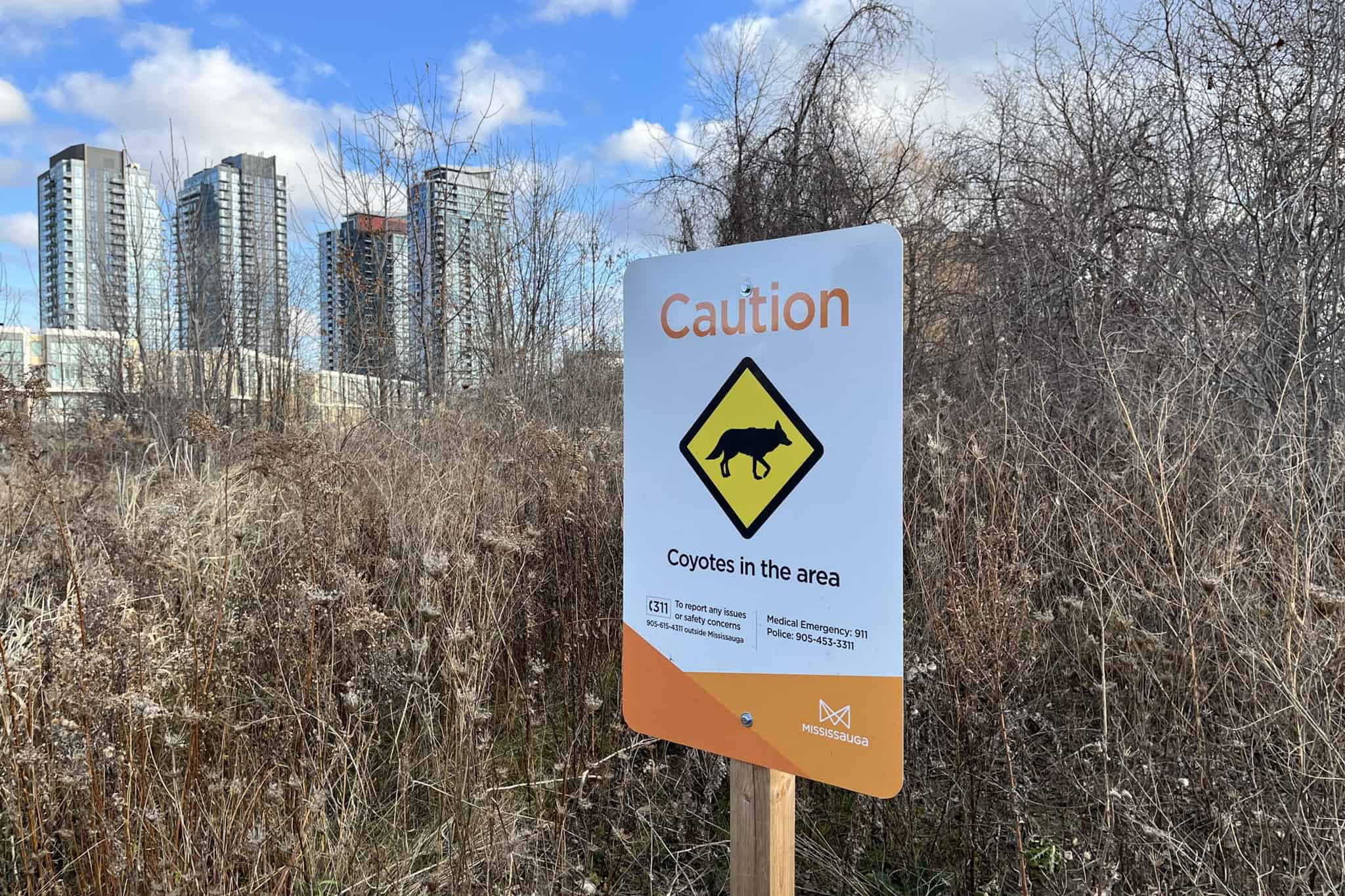 People can safely coexist with coyotes but the city advises residents to keep away from coyotes and avoid harassing, following or interacting with them. Stay clear of dens and pups.

If you see a coyote that is sick, injured or not keeping a safe distance, call Mississauga Animal Services at 905-896-5858.