The Region of Peel is forecasting a $33 million funding gap in its COVID-19 vaccination program rollout.

And despite a lower than anticipated price tag for the program, the gap poses “a significant financial risk” for Mississauga, Brampton and Caledon, according to a new report.

But current projections show the MVP could be nearly a third less expensive than originally anticipated at $107.3 million.

The province has already shelled out more than $73 million in funding to the MVP leaving a funding gap between $33 million and $80.3 million, depending on the program’s final bill.

While the Region anticipates the province will make up the remainder of the shortfall, staff have yet to get any formal agreement in writing.

If the province doesn’t fully fund the MVP, then the Region might be forced to “assess future property taxes or deplete reserves” to make up the difference, according to the report. 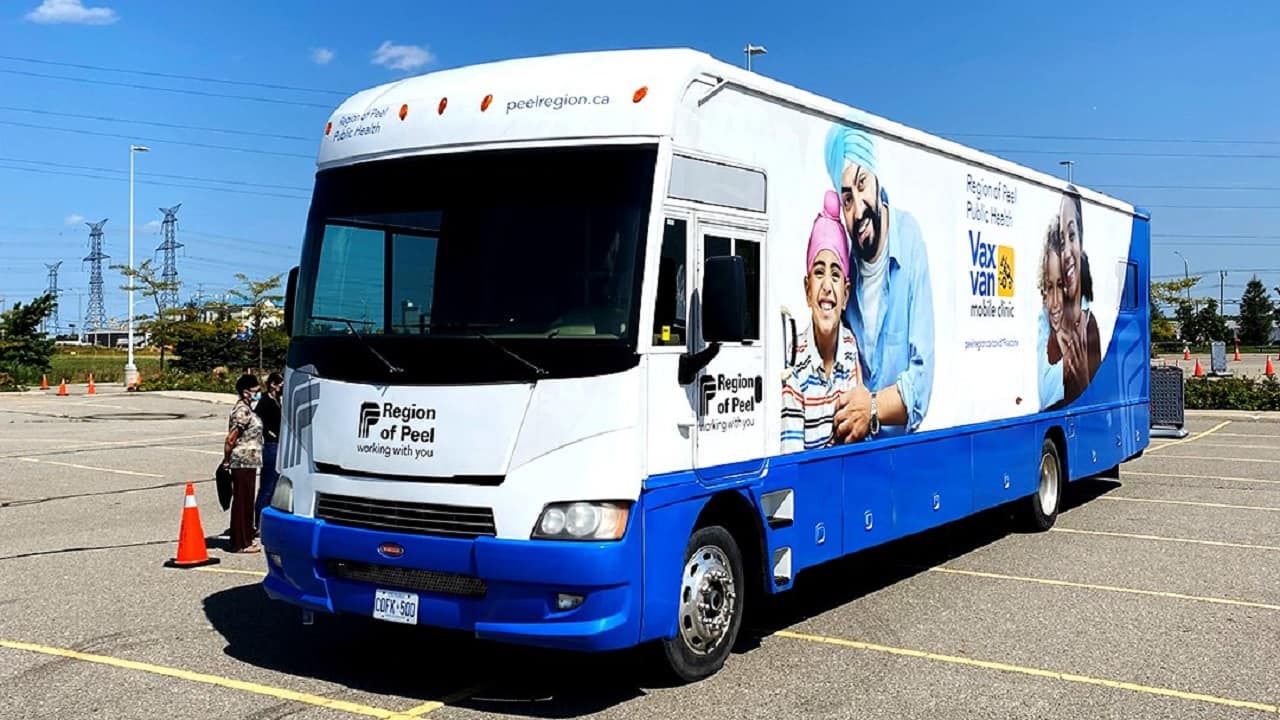 The Region of Peel’s mobile vaccination clinic is one part of the mass vaccination plan (MVP) which is helping to get more residents vaccinated.

The new cost of the MVP is part of a financial update on the Region’s pandemic response, which shows the growing cost of COVID in Mississauga, Brampton and Caledon.

Impacts of the pandemic have cost the Region $161.3 million, and it’s been funding from senior levels of government which have helped keep Peel “financially whole,” the report said.

The feds and the province have provided more than $367 million in funding to the Region since the start of the pandemic. The Region was also able to offset its pandemic response costs by almost $95 million through service adjustments and the redeployment of staff.

The report said the pandemic has resulted in “the largest disruption of services in the Region’s history” and back log of work.

Peel Public Health (PPH) was the department most impacted by the pandemic according to the financial update, but other Region services including Long Term Care, Waste Management, TransHelp, and Housing Support were also greatly impacted.

According to PPH, more 1,180,000 individuals in Peel have received two does of a COVID-19 vaccine.