COVID ads have had varying effects, with some ‘super cringeworthy’: marketers 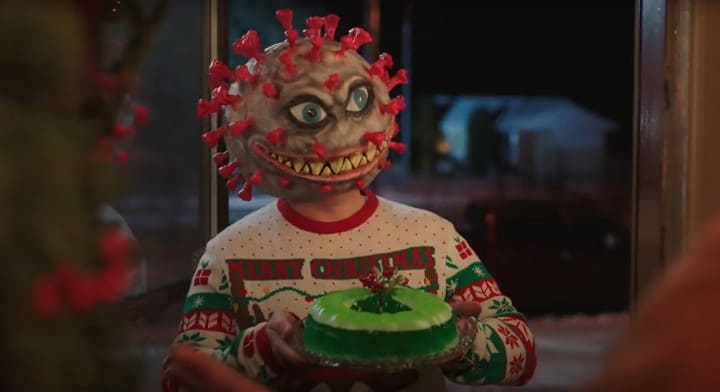 TORONTO — When former communications agency director Erin Bury considers ads she’s seen from governments during the COVID-19 pandemic, a villainous character with an active social life is the first thing that pops into her mind.

Mr. Covidhead, whose virus-shaped head and malevolent grin made him a popular topic last year, was the centrepiece in ads from the Alberta government where he slow dances at house parties, digs into turkey at a family dinner and even prepares for a night out on the town.

His message is simple — COVID-19 loves gatherings, so Albertans should stay home to avoid it. The fact that few other ads spouting the same advice have stuck in Bury’s mind speaks volumes about the challenges of government marketing in a pandemic, she and other experts say.

Since the first case of COVID-19 in Canada one year ago, government-backed health and safety messages have appeared across television, radio, print and social media, and the efforts have intensified in recent months as the virus continues to avert control.

“My barometer of success for an advertising campaign is, does it end up in the water cooler Slack channel or does it end up in the WhatsApp group with my girlfriends where we’re talking about interesting articles and current events?” said Bury, who used to work at Toronto communications firm Eighty-Eight and now runs estate planning startup Willful.

“To be honest, the only one that I definitely saw and that was conversation-worthy was the one out of Alberta.”

It’s a tall order for any creative team. The same messages — stay home, wear a mask, download the COVID Alert contact tracing app and be ready to get vaccinated — are tough to keep fresh.

“After a while, there is a bit of fatigue,” said Andrew Simon, Edelman Canada’s chief creative officer.

That means governments have to adopt an approach they’re not often known for: quick creativity.

“Trial and error is definitely happening … It’s a very tricky situation to test and learn in because things are moving so fast,” Simon said.

“This is not selling toothpaste. This is a life-and-death matter, so you definitely have to be incredibly sensitive.”

The Quebec government took that to heart with ads it released in September.

They feature Francis, a general contractor in his 50s, who was healthy until he visited a friend.

He caught COVID-19 and was hospitalized for for 25 days. Francis lapsed into a coma for almost two weeks and needed a tracheotomy to help him breathe through a tube in his throat. Working is no longer an option.

Claire Tsai, an associate professor of marketing at the University of Toronto, thinks the tactic is interesting.

“There’s a lot of research in behavioural science … showing that if an ad triggers negative emotions, it usually is less effective than triggering positive emotion, even for campaigns,” she said.

“People are more likely to be helpful or altruistic when they’re in a good mood.”

Like Bury, Tsai thinks the Mr. Covidhead ad was clever because it tells a story people can relate to, which is typically key to good marketing.

She thought that element was lacking in the City of Toronto’s ads.

They feature millennials dancing in several layers of shirts they gradually remove to reveal messages reminding people to stay home, keep your distance and wash hands.

Bury also had qualms about several ads because they seemed “like a (baby) boomer trying to make a ‘fun ad’ for gen Z without actually knowing how to speak to them.”

Some relied on outdated methods where doctors and politicians look directly into a camera and deliver the message with a serious tone that just doesn’t resonate with younger audiences, she said.

Good marketing needs to meet people where they consume content, in the formats they like most and in a way that isn’t “super cringeworthy,” said Bury.

She suggested money used on TikTok and YouTube was probably well-spent, but marketing before the nightly news or in a bus shelter likely didn’t reach young people who get their news elsewhere.

She praised Kunal Nayyar, a star from the TV show “Big Bang Theory,” who has made social media posts about the severity of the virus, which he targeted at “‘all the young people taking this lightly.”

Bury said, “I’ve been impacted more by his tweets than I have by a government advertisement and I’m 35, so imagine if you cut my age in half and then asked an 18-year-old how they’re being impacted by government ads.”