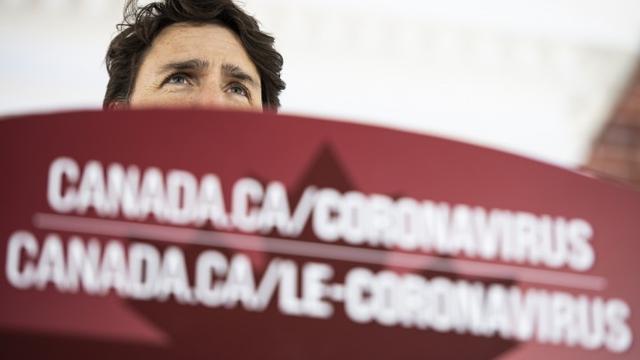 Prime Minister Justin Trudeau announced Friday (March 27) a 75 per cent wage subsidy for small- and medium-sized businesses that have been forced to close due to COVID-19.

Last week, the federal government announced a 10 per cent subsidy but public outcry forced them to rethink that amount, Trudeau said.

“This climate of uncertainty has threatened everything you’ve worked for,” he said in addressing businesses.

“This (subsidy) means people will continue to be paid even though their employers have to slow down or stop their businesses.”

This subsidy will be retroactive to Sunday, March 15, the PM said.

The fine print details (ie: what sort of caps will be in place, taxing) will not be available until at least Monday.

The announcement came shortly after the Parliamentary Budget Officer offered a grim forecast that projected the national unemployment rate could rise to 15 per cent by the end of the year if the country is still practising physical distancing come August.

Trudeau also revealed other benefits that businesses can tap into in the coming months to help them save cash and to stay afloat.

The Canadian Emergency Business Account will provide loans of up to $40,000 for qualifying small business owners. These loans will be backed by the government and will be interest-free for the first year. For businesses meeting certain conditions, the first $10,000 will be forgivable, Trudeau explained.

These will be available through a business’s financial institutions.

The PM also explained that payments on GST, HST and duties and taxes on imports will be deferred until June, and an additional $12.5 billion will be made available through Canada’s business and export development banks.

As these measures will hopefully free up cash, Trudeau urged businesses to “please keep your workers on the payroll or consider hiring them back.”

The Canada Emergency Response Benefit, announced earlier this week, is still available for people who have lost their jobs, Trudeau assured.