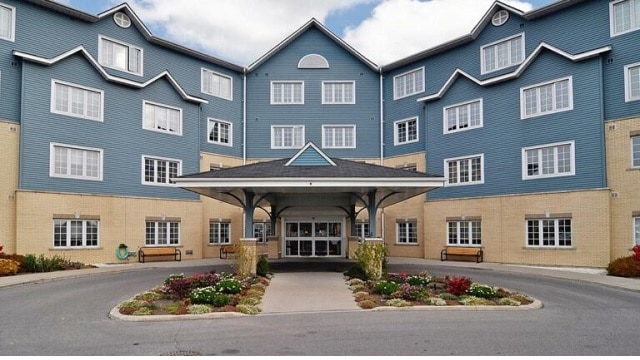 Police in Durham Region say the general manager of a retirement home has been charged for allegedly removing door handles to some units during the pandemic.

Investigators say they got a complaint on Feb. 12 against staff members at the White Cliffe Terrace Retirement Residence (pictured) in Courtice.

Police say the complaint alleged that during the pandemic staff had removed some of the door handles.

Tawab Karimi, 40, of Oshawa, has been charged with two counts of unlawful confinement.

He was released on an undertaking.

The retirement home’s operator said in February that it launched an investigation into a senior staff member at the facility.
A statement from Verve Senior Living said door handles removed from “a small number” of suites belonged to assisted living residents.

The statement did not specify why the handles were removed, but several media reports allege the residents involved had tested positive for COVID-19. The Canadian Press could not independently verify the allegation.

David Bird, president of Verve parent company Diversicare Canada, said at the time that all handles have since been replaced and an investigation is underway to determine how long residents may have been confined to their rooms.