Could COVID-19 survivors’ blood be used to treat those with the virus? McMaster professor in Hamilton has the answer 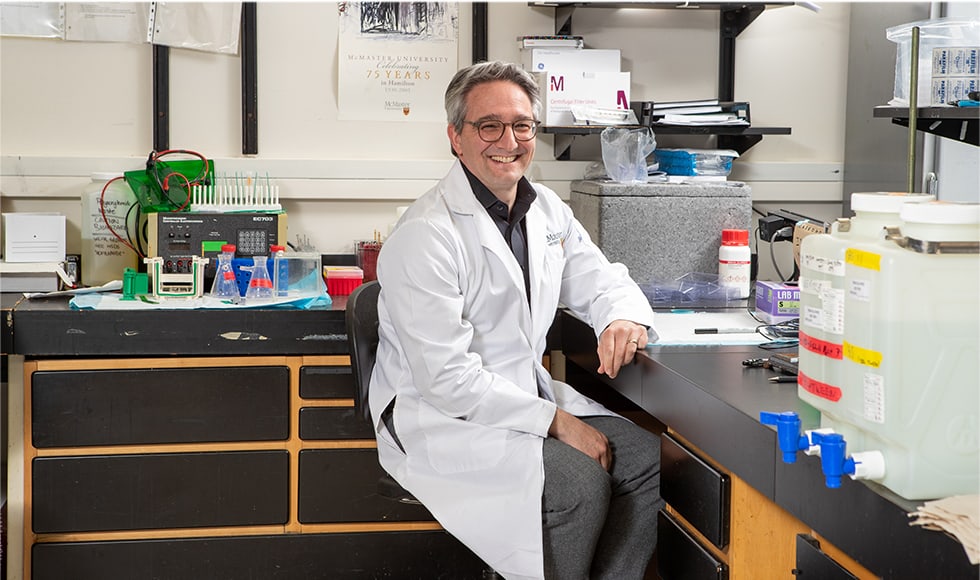 Scientists from around the world have been studying the blood plasma of those who have recovered from COVID-19 in the hopes that it could then be used to help current sufferers of the virus.

A major study involving a McMaster University professor in Hamilton found that convalescent plasma does not reduce the risk of intubation or death for COVID-19 patients.

In fact, it may even worsen the patient’s condition.

“It has been thought that the blood plasma of COVID-19 survivors would help those seriously ill from the virus but, unfortunately, it does not,” said Donald Arnold, co-principal investigator of the study, hematologist and professor of medicine at McMaster University.

“We are cautioning against using convalescent plasma to treat COVID-19 hospitalized patients unless they are in a closely monitored clinical trial.”

Researchers say the antibody profile in the blood of people who have had the virus is extremely variable and this may modify the response to the treatment.

Results of the study were published in the journal Nature Medicine on Thursday (Sept. 9).

However, the death rate was not significantly different from the control group of patients who did not receive the blood.

The medical trial included 940 patients at 72 hospitals in Canada, the United States, and Brazil.

Co-principal investigator Philippe Bégin said that the harm may come from the transfusion of convalescent plasma containing poorly functioning antibodies.

“One hypothesis is that those dysfunctional antibodies could compete with the patient’s own antibodies and could disrupt the mounting immune response. This phenomenon has been observed previously in animal models and in human studies of HIV vaccines.”

Bégin added that the CONCOR-1 investigators are expecting to collaborate with other international study investigators to understand the potential risks and benefits of convalescent plasma.