Leafs still have a chance to raise Stanley Cup in 2020
Bonnie Crombie says Mississauga can only test about 400 people for COVID-19 a day
MAYORS COVID-19 UPDATE: Bonnie Crombie give an update on COVID-19 in Mississauga - May 26, 2020
Heat wave forces cities, long-term care centres to rethink how to offer heat relief under COVID-19
Multiple vehicles blocking all lanes on 401 in Mississauga

Could All Parts of Mississauga End Up with Affordable Housing?

Mississauga may have its "Making Room for the Middle" plan on the books to address the housing shortage and the ridiculously low 0.8 per cent vacancy rate, but it's still a long way to go before the demand is met.

A healthy standard vacancy rate of 3 per cent in Mississauga would require 900 additional 'vacant' units. Currently, 42 per cent of renter households are facing affordability issues, and amongst that group 20 per cent are facing deep housing needs and 12 per cent facing severe housing needs.

That's what a city staff member proposed during the July 3 Mississauga council meeting when he asked Council to pass a bylaw putting all of Mississauga under a 'Community Improvement Project Area' in order to build more affordable rental units.

A Community Improvement Plan (CIP) is a tool under the provincial Planning Act which enables a city or town to develop a plan to address social, economic, and environmental issues and priorities. While most people would expect a CIP to apply to only certain neighbourhoods or areas within a city, the CIP can also be applied on a city-wide basis. 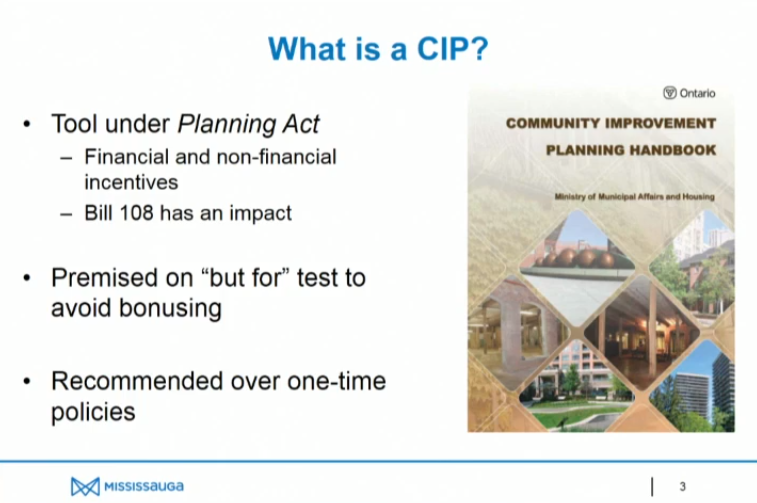 Specifically, a CIP enables municipalities to provide incentives to encourage and direct development without contravening the Municipal Act’s bonusing rules. 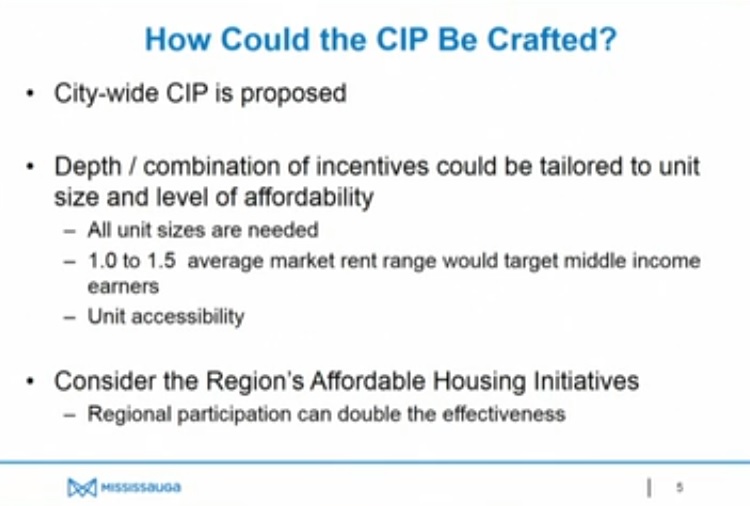 According to city staff, a citywide CIP for Mississauga would target the lower end of the 'missing middle', which is in the 1 to 1.5 average market rent range. Staff are also asking council to look at unit accessibility. 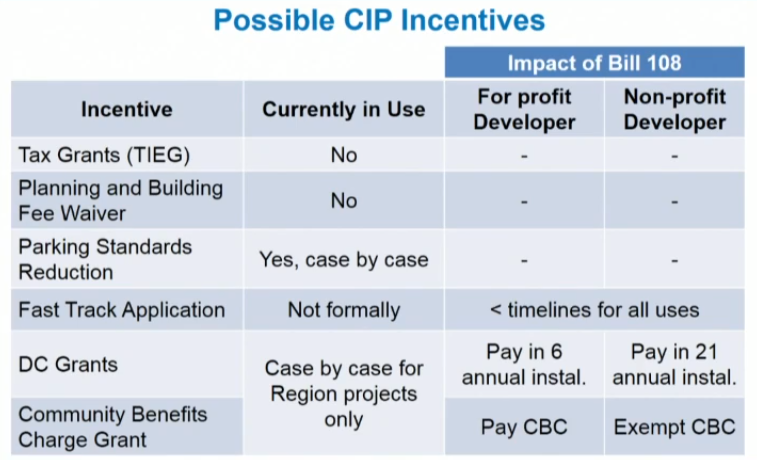 The motion was passed unanimously and city staff will get back to council at a future date on how to implement a Community Improvement Project across Mississauga. Ward 5 Coun. Carolyn Parrish said she was looking at lands near the Paramount Centre in her ward for some high rise towers.

It's interesting that one of the possible incentives brought up in the presentation was exempting non-profits from 'community benefits charges' aka development charges. Armagh House, a non-profit organization offering affordable housing to battered and abused women, did a presentation right after the staff asking council to do just that.

While the concept of city/town wide application of a CIP may seem sound, the best scenario that would yield success is perhaps in communities like Cambridge, Stratford, Waterloo or even a smaller GTA city; cities with smaller geography and more manageable urban footprint. Other parts of Mississauga with established residential neighbourhoods may take some time and effort if they convert at all to more affordable housing units.

It would be nice, but hard to see realistically at this point, places like Lorne Park giving rise to affordable housing when the average home price in that neighbourhood is north of $1 million.

Some time ago, Ryerson University commissioned a study under its City Building Institute that surmised that Mississauga can add over 100,000 housing units through increased intensification along corridors outside the city's core and Port Credit, such as along Derry Road, Dixie Road, Eglinton Avenue and Erin Mills Parkway.

Perhaps the Ryerson report's findings have finally sunk in for some of those inside Mississauga's administration that something drastic needs to be done on the affordable housing front if they are going to tout that Mississauga will reach 1 million residents as the city heads into the next few decades.

Do you think every part of Mississauga can support affordable housing?

A new pizza vending machine is now available in Mississauga
At a time when new restaurants are refraining from opening their doors (and for good reason), one food company is still working to bring a new source of pizza to the masses.
END_OF_DOCUMENT_TOKEN_TO_BE_REPLACED