Could a Cooksville Central Park be Coming to Mississauga? 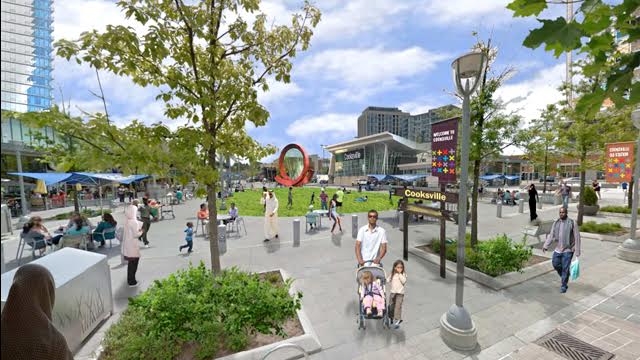 If you’ve ever had the opportunity to go to New York City, you might have checked out the world-renowned Central Park. Some 843 acres of green oasis smack dab in the middle of the concrete jungle known as Manhattan, Central Park accommodated 40 million visitors in 2013, and is a nationally designated historical landmark in the United States.

While the idea of a Central Park in Mississauga might seem crazy, it could very well become a reality.

Don’t get me wrong; Mississauga has plenty of parks (some 505 of them, last we checked). Insauga has documented a number of them here and here, but Mississauga has always lacked that one big park that really stands out. If Mississauga is going to build a new identity over the next few decades, a large urban park will be essential to balancing growth and extending the city’s identity beyond just the LRT-spurred development.

Insauga recently sat down with Ward 7 Councillor Nando Iannicca and had an extensive conversation with him about city building and his vision of what Mississauga has in store in the next few decades. The longest serving Mississauga councillor has been known to wax poetic with incredibly colourful eloquence. Some of his ideas have shocked even his fellow councillors, but Iannicca believes the stars are in alignment for his idea of a ‘Cooksville Central Park’ to become a reality, which would leave a tremendous asset and legacy project for the next generation.

According to the Councillor, the proposed core area that is being considered for this park would run alongside the Cooksville Creek, from Dundas Street to the north and North Service Road to the south (see map above). The Councillor informed us that because it is a watercourse in the Credit Valley watershed, his role as the Chair of the Credit Valley Conservation Authority (CVC) gave him insight into work with both his colleagues on Mississauga City Council and the CVC Board of Directors (which is comprised of municipal representatives from Mississauga and other municipalities within the conservation area) to arrive at something that would please both parties.

Iannicca also mentioned a little known fact for those who follow issues surrounding development and the Ontario Municipal Board (OMB). He said that conservation authorities have certain powers to override decisions from the OMB because they are dealing with environmentally designated lands, which gives you an indication that his plan is doable.

We asked Councillor Iannicca what would happen to some of the smaller parks already existing in the study area, such as the Cooksville and Camilla Parks. He clarified that the larger park will incorporate those parks and other parcels of land. That would be a good way to incorporate those parks already in existence, instead of leaving them as slivers separate from a larger entity.

The most controversial point of this plan, that in the past would have gotten any elected official in trouble, is what to do about the existing homes that are situated along Cooksville Creek and the floodplain? Iannicca’s idea is to acquire people’s homes at a fair value for the parkland in the redeveloping Hurontario/LRT corridor.

You read that correctly; the idea is to ask people to sell their homes to the City of Mississauga so they can use the existing land for Mississauga’s Central Park. Years ago this would have had those homeowners up in arms. But now there are many residents living in flood-vulnerable homes where millions of dollars have already been spent in a vain attempt to keep them dry. Millions of dollars more have been set aside for flood mitigation, such as $27 million that went to dig a block-wide hole to act as a stormwater detention pond on Matheson Boulevard. If you had these problems as a homeowners, you might ask yourself whether it’s worth your time and money to continue living in constant flood zone.

Another issue to look at is insurance. Insurance companies are naturally averse to risk so flood prone areas rarely get covered. People who do get coverage usually have to pay highe premiums. Those people can’t even buy the insurance anymore, so why stay? Also, many people have been downsizing from the standard detached home to either a townhouse or condo. All those new condos coming in could be decent alternatives.

This urban ‘central park’ idea could potentially kill off existing problems like the Mississauga city core’s parkland deficiency, costs to prevent flooding and future potential legal liabilities. And in exchange, the park would generate solutions, such as greenland spine beside the future Hurontario LRT to serve the core park needs. There’s also the vanishing liability and capital costs for flood prevention. Sounds like an ideal win-win situation.

We’ll keep you up to date on any further developments.