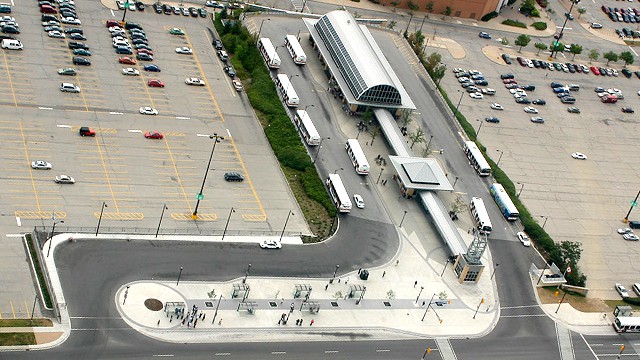 Anyone who has grown up in Canada has heard a cheesy old joke that goes as follows: “there are two seasons in Canada — winter and construction!”

Although that was a tiresome joke told angrily and often by your dad’s golfing buddy, there was a nugget of truth to it and, since we’re on the subject of construction, it looks like there are about to be some disruptions at the City Centre Transit Terminal.

According to MiWay, the Square One-area terminal will be under construction from April 11 until the fall. The transportation organization has said that bus stops at the City Centre Transit Terminal on 200 Rathburn Rd. W. will be relocated to platforms along Rathburn Rd. due to construction that is expected to take up to six months. During the construction phase, some areas/services will remain open and available, including the ticket booth, customer information booth and first floor washrooms. You will still be able to access the north and south doors, but the east and west doors will be closed. The terminal’s bus loop will be closed to vehicles.

As to why the construction is occurring, MiWay’s website says that the disruption is due to “restoration work and repairs that are required to the concrete infrastructure at the south end of the terminal.”

If you’re a regular MiWay commuter, you should know to be on the lookout for schedule changes. Changes are scheduled to occur on routes 10, 26, 53, 65 and 68.

Drivers should expect some delays along Rathburn during the construction process.

You can find more information here.