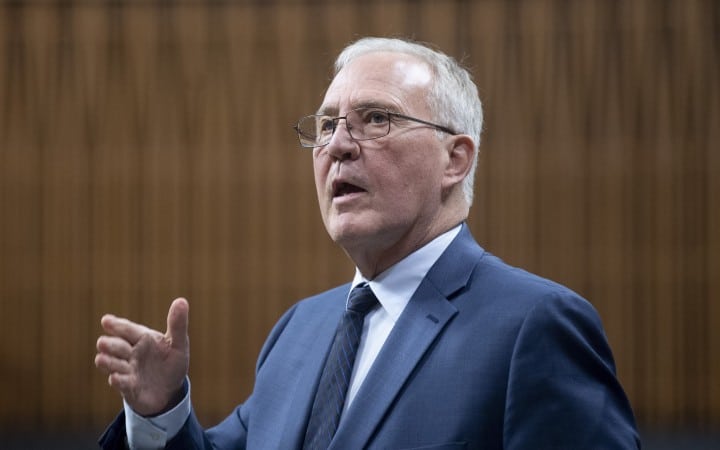 OTTAWA — Public Safety Minister Bill Blair has asked the federal prison service and the parole board to look at early release for some offenders to prevent the spread of COVID-19 behind bars.

The government is committed to protecting inmates, correctional staff and the public given the unique risks the virus poses for prisons, said Mary-Liz Power, a spokeswoman for the minister.

“This pandemic continues to evolve and we have been clear that our response will as well,” she said Tuesday in a statement.

“Minister Blair has asked both the commissioner of the Correctional Service of Canada and the chair of the Parole Board of Canada to determine whether there are measures that could be taken to facilitate early release for certain offenders.”

Neither the Correctional Service nor the Parole Board had immediate comment on the minister’s request.

The prison service said Monday two inmates had tested positive for COVID-19 at Port-Cartier Institution, a maximum-security facility in Quebec — the first confirmed cases involving prisoners in a federal institution.

The service said nine employees at Port-Cartier had also tested positive for the virus.

The Union of Canadian Correctional Officers, which represents employees in 49 federal institutions, says the release of a few inmates would not stem the spread of COVID-19 in prison but would increase the risk for Canadians.

“The focus must be on changing routines in our institutions to respect social distancing and self-isolation directives to every extent possible,” the union said.

“Canada is in crisis, and its citizens are already dealing with a potentially deadly threat. It is irresponsible to introduce further threats into our communities.”