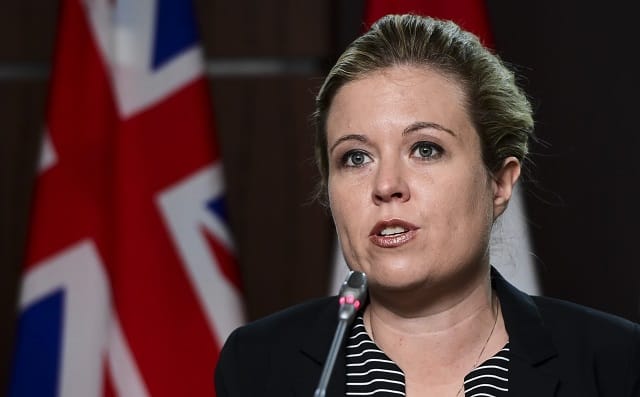 The federal Conservatives are urging the Liberal government to do more to ensure that Canadians who received two different doses of COVID-19 vaccines are able to travel internationally.

The Calgary Nose Hill MP saidin the absence of federal direction, provincial health authorities have begun to offer third doses to Canadians who need to travel where their vaccination status is not recognized abroad.

She said the Quebec Health Department is telling potential recipients the safety of this practice is unclear and that they should seek advice to weigh the risks of a third dose of the Pfizer-BioNTech or Moderna vaccines.

The department said in a news release on Monday that a third dose was an “exceptional measure” for people who have essential travel plans in the short−term and need to meet vaccination requirements.

Rempel Garner is calling on the Liberal government to release federal guidelines on the issue of third doses so that Canadians can make safe, informed choices.

In the absence of data to support third doses, she said the government must release a plan to have a mixed vaccination status recognized internationally.

“Canadians listened to your advice and got vaccinated. Telling them what your government is doing to ensure that their vaccination status is recognized abroad is the very least you can do,” she said in the letter.

Rempel Garner’s letter follows a similar plea from Ontario Health Minister Christine Elliott earlier this week for Ottawa to work with the World Health Organization to ensure that mixing vaccines is internationally accepted as a complete vaccine regimen.

Hajdu’s office said in a statement Thursday that it continues to work with provinces and territories on a proof of vaccination for international travel that may be required by other countries.

The U.S. has been reluctant to sanction the practice of following a Moderna shot with a Pfizer-BioNTech vaccine, or vice versa, while many European countries don’t recognize the Oxford-AstraZeneca shot made at the Serum Institute of India, which may affect Canadians who received it.

Several cruise lines have also said they won’t accept customers who have received different types or brands of vaccines.

Freeland said last week that the advice allowing Canadians to get mixed doses was science-based, noting there is research that shows getting two different doses offers superior protection.

“As finance minister, I attended the G20 meeting in Italy earlier this month and there was certainly recognition of my double vaccination status there with the mixed doses,” she told reporters while speaking virtually in Whitehorse.