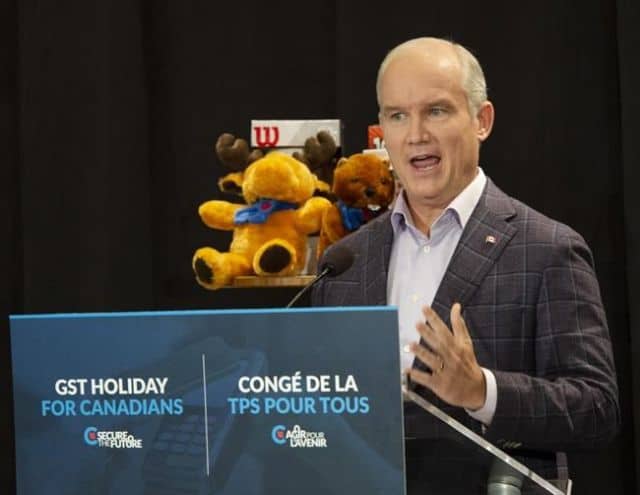 OTTAWA — The Conservative party has deleted an ad mocking Liberal Leader Justin Trudeau from Twitter after a copyright infringement claim was made against it.

The ad, which was released on Friday, depicted Trudeau’s face pasted on top of an image of a bratty character from classic children’s film “Willy Wonka and the Chocolate Factory.”

A database of Digital Millennium Copyright Act notices shows that a claim was made against the Conservative party tweet on Saturday.

The Lumen Database is a transparency initiative founded in partnership with the Berkman Klein Center at Harvard University.

The 37-second video was roundly condemned by sitting Conservative MPs and others as juvenile and ill-suited to a high-stakes event such as a federal election.

“I trust the decision-maker who decided to post this tasteless and appalling video will be brought up to speed.”

B.C. MP Todd Doherty said in a tweet the ad was “embarrassing,” while Ontario MP Scott Aitchison responded to a constituent’s question about the ad by saying he agrees “that video is dumb.”

“Sadly they don’t ask me my opinion on these things,” he wrote on Twitter.

The Conservative party did not immediately respond to a request for comment.