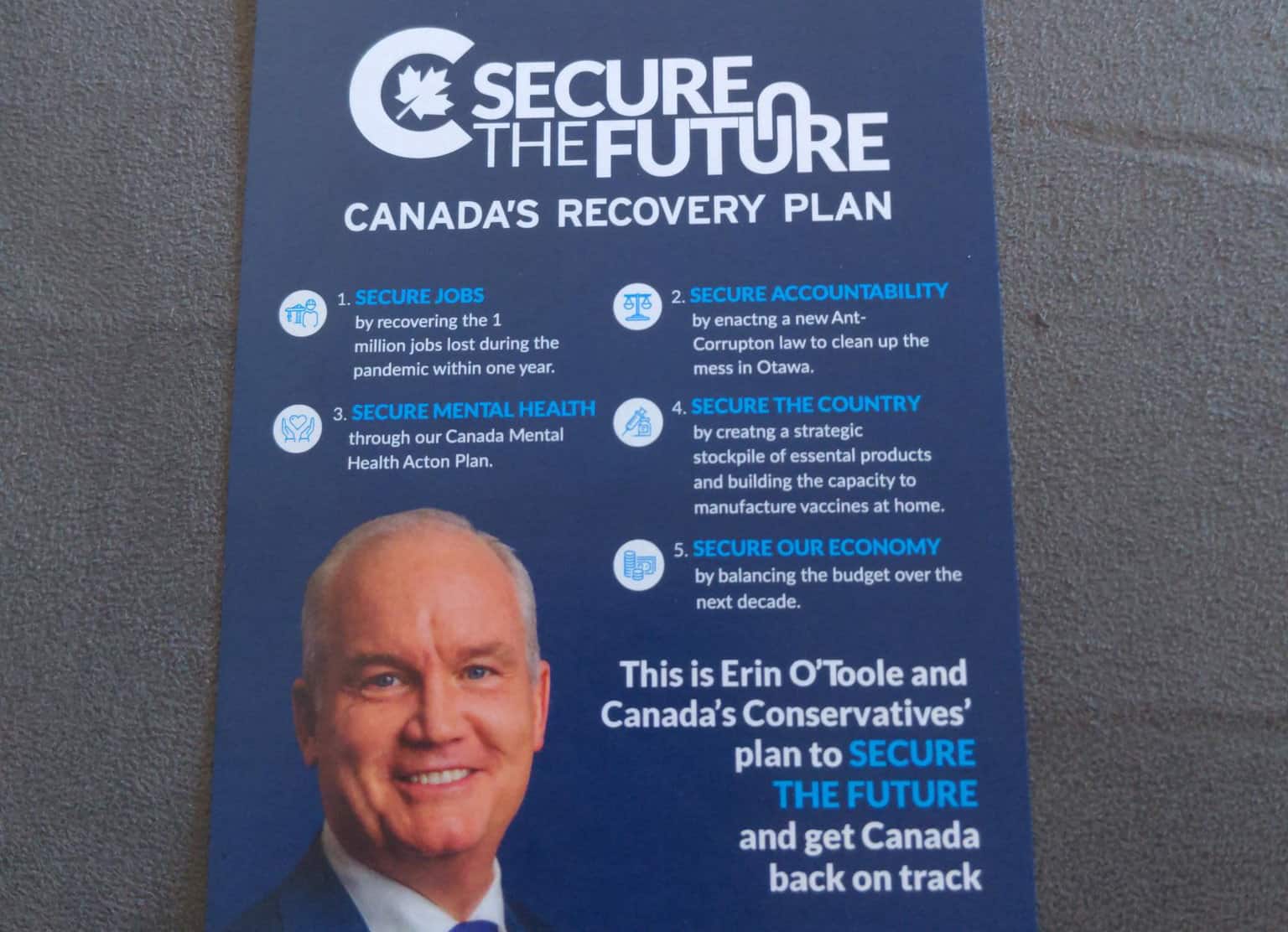 With just less than a month of campaigning left before the federal election on September 20, it appears the Conservatives are feeling the time crunch.

A pamphlet designed by the party to briefly outline their platform and encourage people to vote for them has been making the rounds on social media due to several spelling errors.

Based on the way it turned out, it’s likely whoever was designing the pamphlet was using a keyboard with an “I” key that wasn’t very responsive—five of the six spelling errors are missing an “I.”

However, the most egregious error is the misspelling of the nation’s capital—at the bottom of the second point, Ottawa is spelled “Otawa.”