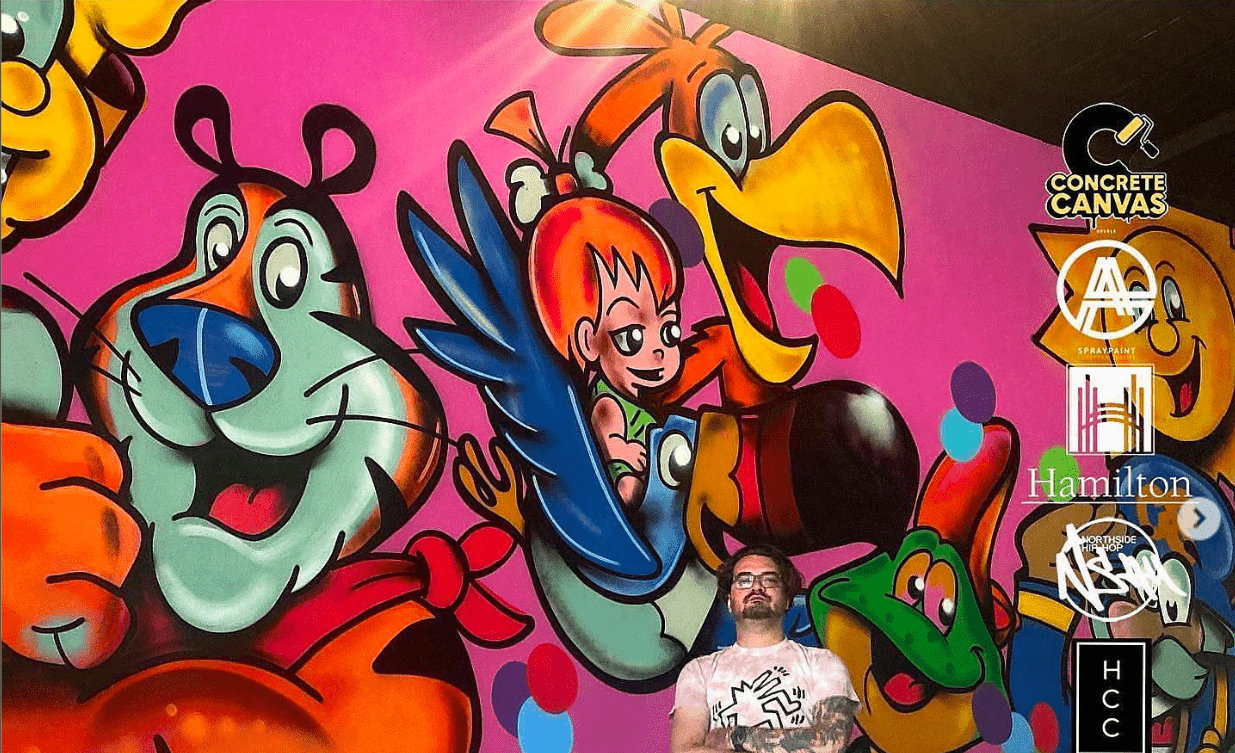 'Excel' one of the many murals featured at Concrete Canvas. - via eklipz1 on Instagram.

Hamilton is set to get a bit brighter this weekend as new art pieces begin to adorn the city with Concrete Canvas, a tour of the city showcasing mural artists at work.

Form July 18 to 24, nearly 40 artists and art crews are painting murals on city buildings. They are hosting a self-guided tour around Hamilton to help residents and travellers alike explore the city while watching a fest for the eyes unfold for free.

The show are currently exhibiting all across the city from Westdale to Crown Point East. The murals at these locations are being painted by both locally and internationally renowned painters working in a variety of medium and genre styles.

The festival is “an effort to elevate the visual landscape of the city while simultaneously inspiring a new generation of artists,” Concrete Canvas said, working closely with the city to accomplish this goal.

While inspire by similar music shows in Toronto and Montreal, Concrete Canvas stands unique among its peers as a visual arts festival, “that brings the Hamilton community together to celebrate art, music, culture, and diversity over one weekend,” per the show.

The show is the brainchild of founder Leon Robinson, a multi-talented painter, rapper, photographer and filmmaker.

Three show will also be held at Woodlands Park on Friday, Saturday and Sunday.

The festival features 39 murals including;