Collision Flips Over Vehicle in Mississauga

Officers are on scene for a nasty single-vehicle collision this afternoon in Mississauga.

Police reported around 5:30 p.m. that the incident occurred on Peacock Drive, south of Glen Erin Drive at Britannia Road West.

Although the vehicle was flipped over and sustained severe damage, police report that there are fortunately no injuries.

While no road closures have been announced, drivers may want to avoid the area for the time being. 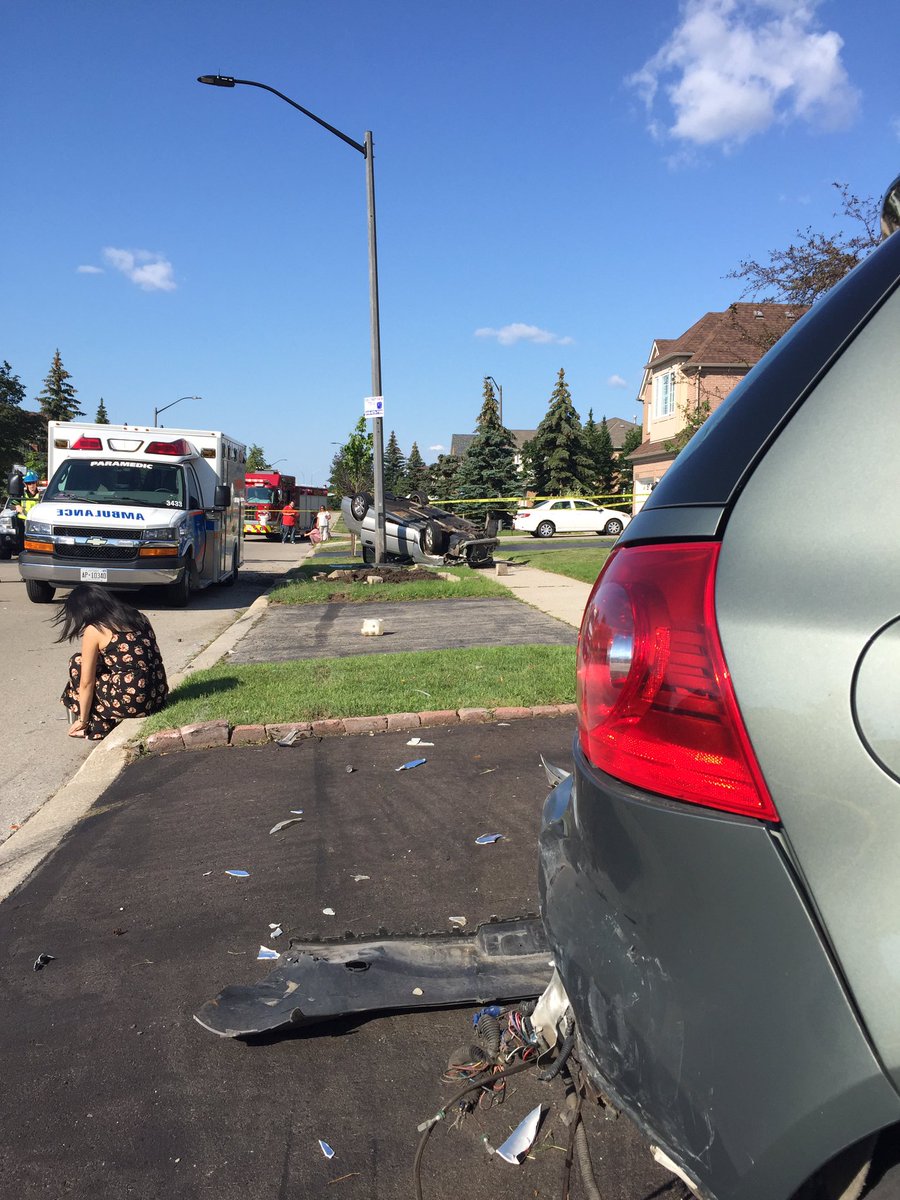