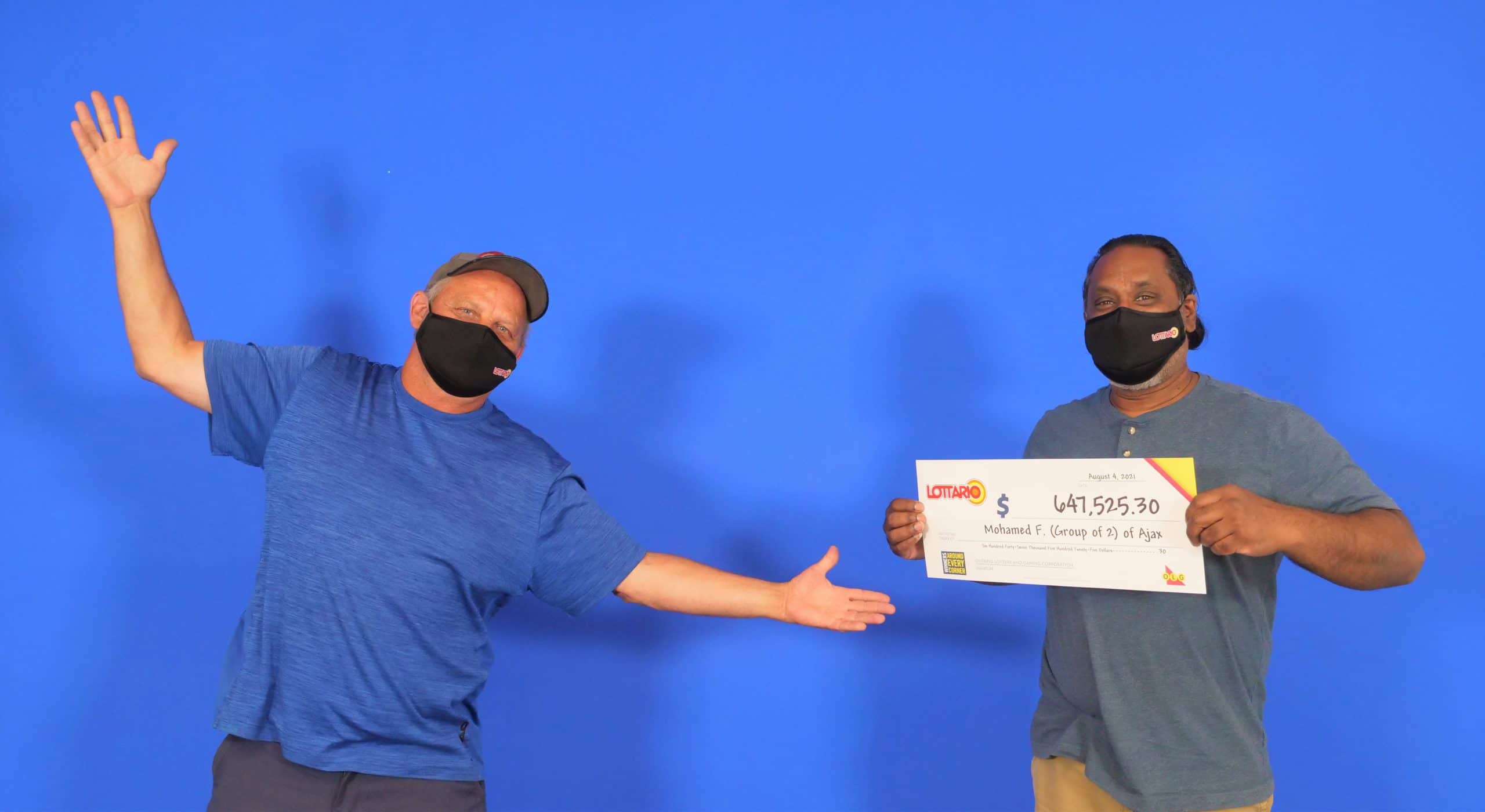 A couple of co-workers from Durham who decided to change up their lottery-buying habits are nearly $650,000 richer for the decision.

Mohamed Ferose Jr. of Ajax and Kenneth Maclean of Pickering, who have been friends and co-workers for decades, had been playing the bigger-paying lotteries before deciding to switch it up.

“We weren’t having any luck with Lotto Max and Lotto 6/49, so we decided to play Lottario instead,” said Ferose. “A week later, we won!”

Ferose, 55, checked their ticket on his phone using the OLG Lottery App when he realized they won big. “I didn’t understand what was happening – I had to ask someone. I couldn’t believe it! I thought it had to be wrong,” he said.

When Mohamed called MacLean, 57, to share the news, his friend didn’t believe it either. “I was so shocked I had to get him to send me a photo of the ticket to see for myself,” MacLean said.

Ferose Jr. plans to purchase new cellphones for his family and put the rest of his winnings aside for bills. MacLean plans to share his winnings with family, pay some bills and invest.

The winning ticket was purchased at Daisy Mart on Harwood Avenue in Ajax.

COVID cases still high in Durham with 78 new reports on weekend; Ajax with 17