Glen Abbey golf course has been saved from development in Oakville 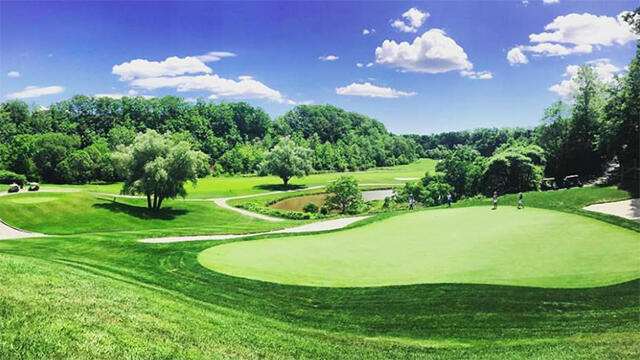 The fight to save Glen Abbey golf course from development has been won.

Ontario Minister of Municipal Affairs and Housing Steve Clark announced Friday morning he has secured a commitment with ClubLink to withdraw their appeals with the Ontario Land Tribunal, but also to immediately with plans for development.

“I am incredibly thankful to ClubLink for its cooperation and for ensuring that this heritage landscape will be protected from development,” Clark said.

ClubLink, owners of the Glen Abbey Golf  Club, were looking to build 3,000 homes and over 127,000 square feet of commercial and retail space on the property.

“I am pleased to share that these actions have resulted in saving this beautiful golf course for the good people of Oakville for their recreation and enjoyment for future generations,” he added.

News that ClubLink wouldn’t be developing the land was certainly welcome for so many who have fought to save the golf course.

Groups like Save Glen Abbey, We Love Oakville and Oakvillegreen Conservation Association joined forces in opposition of the development.

“I wish ClubLink all the success in keeping this course a viable enterprise and doing what they can to make it even more a focus for golf in Ontario.”

Oakville and Halton councils, led by Mayor Rob Burton, passed motions to ask the province to help stop the development.

“It’s really a team effort,” McKinlay said. “There are citizens who have worked to help save it and make the politicians aware that Oakville didn’t want this development.

“There are city council and staff, and regional council and staff who have worked extremely hard on this to make sure its saved. It’s a debt of gratitude to Mayor Burton and to all the councillors.

McKinlay said they also owe a debt of gratitude to Oakville MPP Stephen Crawford who wrote a letter advising Oakville Town Council to formerly request an Ministerial Zoning Order (MZO) from the province to protect the Glen Abbey lands.

“Because he’s listened to the appeals that we made to save it and he’s done his job to raise it at cabinet and make cabinet aware of the concerns in Oakville,” McKinlay said.

Crawford didn’t hold back after Clark made the announcement the golf course had been saved, tweeting “WE SAVED GLEN ABBEY!!”

“You worked hard for our community and we are grateful,” he said in congratulating Save Glen Abbey.

Burton said this is precisely what Town Council, Halton Regional Council and Oakville residents have been working towards for several years.

“I want to thank the committed volunteers in the community who worked tirelessly to ensure that the Glen Abbey property was conserved,” he said. “The thousands of letters written to the Province made a difference and showed how our community is an engaged community.”

McKinlay said the withdrawal by ClubLink is also a big deal in terms of respecting local planning.

“The Liveable Oakville Plan was put together years ago with public input and the Glen Abbey area was not a growth area. That’s been respected too. Certainly it’s great news.”

McKinlay says the iconic golf course gets a lot of recognition not only across Ontario and Canada, but certainly across North America.

“It’s an Ontario treasure,” he said. “It’s sort of like the National in Augusta, Georgia. As the National is to Augusta, so Glen Abbey is to Oakville.”

McKinlay lives in Glen Abbey, about a mile-and-a-half from the golf course. He points out that when Genstar Development Company put the community together over 40 years ago, the golf course was the centre piece of it.

He is looking forward to the day grandaughter will be able to enjoy this “treasure” like he and so many have.

“Even if you’re not a golfer, you go by there and it’s greenspace,” McKinlay said. “It’s become home to all sorts of little critters and it’s become legendary with the playing people (there) like Tiger Woods have done.

“I don’t know whether we’ll ever see Tiger Woods back on the golf course with the car accident that he had. So, there’s some fantastic memories there and I’m glad they’ll be preserved. I have a little grandaughter and my son’s a big golfer, so hopefully one day she’ll be swinging the clubs at Glen Abbey.”