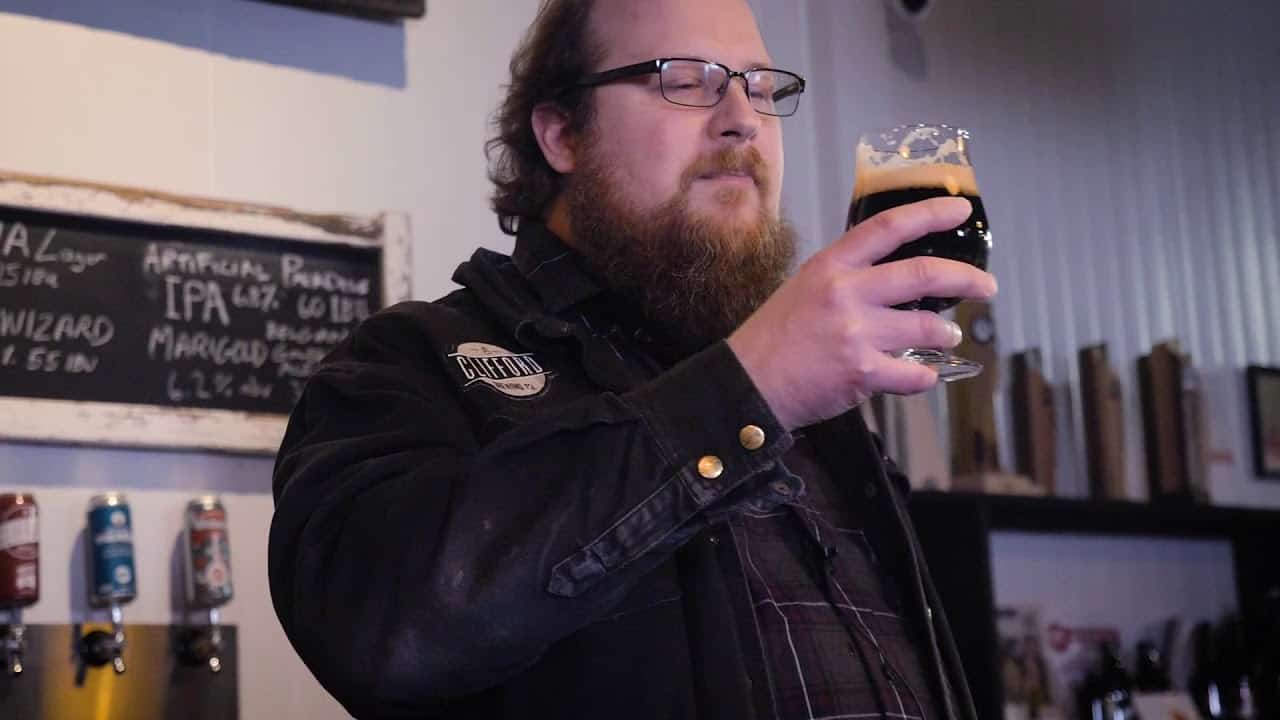 Brad Clifford with his award-winning Porter

It’s not often a Porter is your flagship beer, but when it wins as often as Clifford Porter does, why not?

Clifford Porter, deep, dark and delicious, earned a silver at the Ontario Brewing Awards on the weekend in the Brown British Beer category, one of two silver medals for Hamilton breweries. Grain & Grit’s Little Thrills, a German-style Pilsner, got its second place award in the Pale Bitter European Beer category.

Clifford Porter, brewed at east Hamilton’s Clifford Brewing, took home silver last year as well, with gold medals for the beer in 2020 and 2015 and is a three-time winner at the Canadian Brewing Awards as well. To top it off, Clifford Porter scored a gold medal at the 2022 U.S. Open Beer Championships in the Brown Porter category.

Little Thrills (4.8 per cent ABV) is a newer addition to the west Hamilton Grain & Grit Brewery lineup but has been quickly winning over new fans. It is described as having “bright aromas of sourdough, fresh cut grass, granola & honey, making way for flavours of Cheerios, lemon zest and black pepper with a fresh, grassy finish. Creamy, grain-forward body with a spicy, hop bite that lingers on the front of your tongue. Bone dry finish, that’ll make you crave another sip (and another and another).”