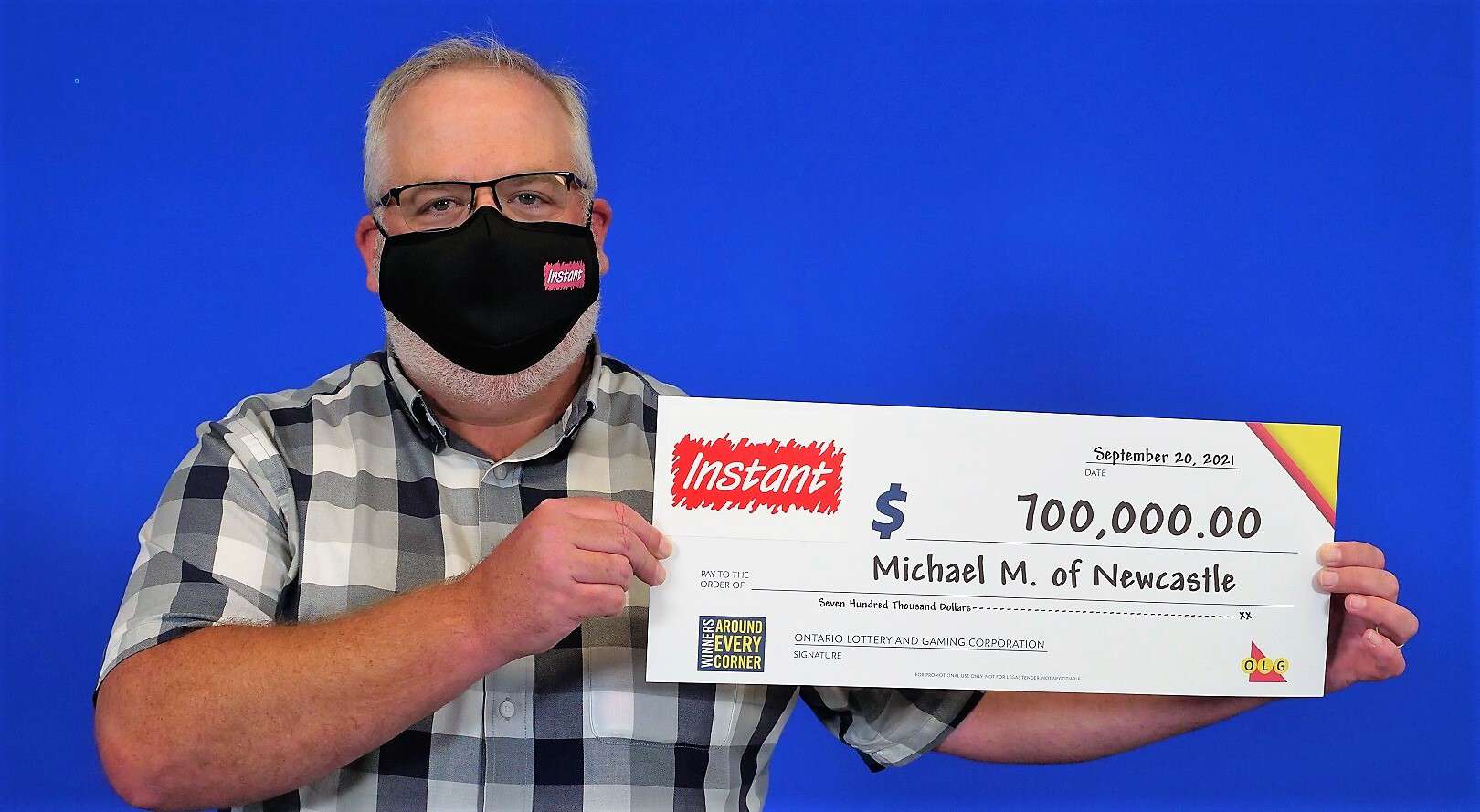 Michael McCarthy of Newcastle is celebrating after winning the $700,000 top prize with INSTANT SUPREME 7.

Michael, a married father, said he is an occasional player of INSTANT tickets. “The first game in the pack I played was the winner.” he shared while at the OLG Prize Centre in Toronto to pick up his winnings. “My hands were shaking in disbelief – I can’t put into words what I was feeling.”

Michael surprised his wife by handing her the ticket and asking her to check it using her phone. “She thought I was pranking her – she was stunned!”

“I feel humbled and grateful,” Michael said. “I’m not a materialistic person. It feels different to get this money that I didn’t earn.”

He wants to use his windfall to provide his family with memorable experiences together. “I don’t want it to change us. I’ll celebrate with my wife by taking a little trip and figuring out our next steps.”

The winning ticket was purchased at Piggly Wiggly Convenience on King Avenue in Newcastle.