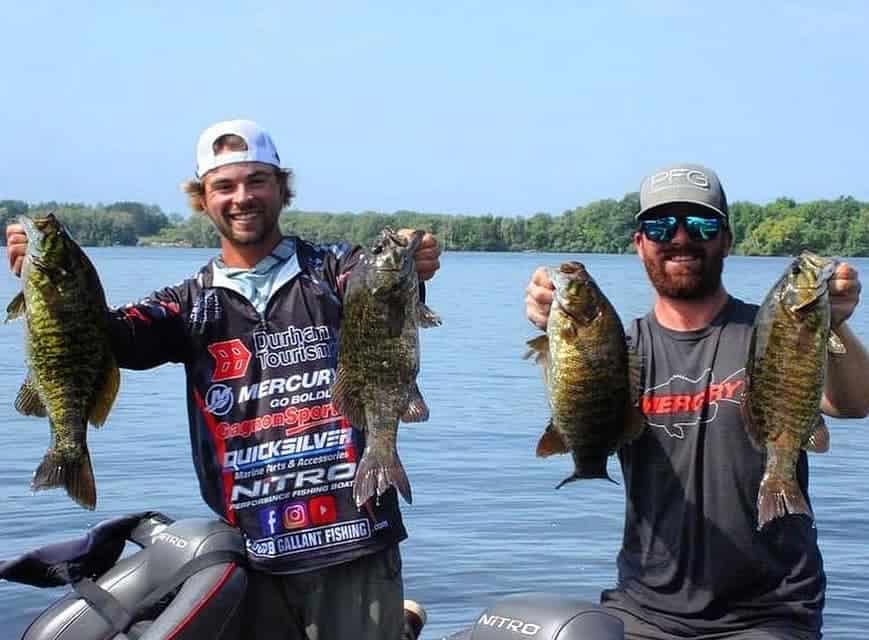 It just might be a million-dollar weekend for a couple of Clarington buddies who have been fishing together since high school.

Cooper Gallant and Danny McBride won the DT Power Sports Team of the Year September 1, which was their ticket to the biggest catch of all – the U.S. Open National Bass Fishing Amateur Team Championships, which get underway today on Table Rock Lake near Branson, Missouri.

There is more than $4 million in cash and prizes for the taking at the tournament, including a one million dollar cash grand prize.

The two have been practicing on the lake this week (though the only thing they learned after the first day, Gallant noted, was to dress warmer) and are ready to go for the $1 million prize and “finish the season on a bang.”

Gallant and McGarry started fishing together about a decade ago and have been winning tournaments ever since. Their first major notch on their belt was the FLW Canadian Championships in 2016 when they were still teenagers and they have added to their totals in recent years, including the Ontario BASS Nation Championships on Rice Lake last year and two events this year – a Canadian Sports Fishing League event on Rice Lake and the Canadian Open on Lake Simcoe.

Gallant, now 24, grew up in Bowmanville and has travelled to places such as Namibia and Brazil in search of the big one. He is also very active on YouTube and other social media channels. His partner McGarry, who lives in Newtonville, is just as accomplished and shares Gallant’s passion for the sport and his dream of becoming a regular on the professional Bassmaster circuit.