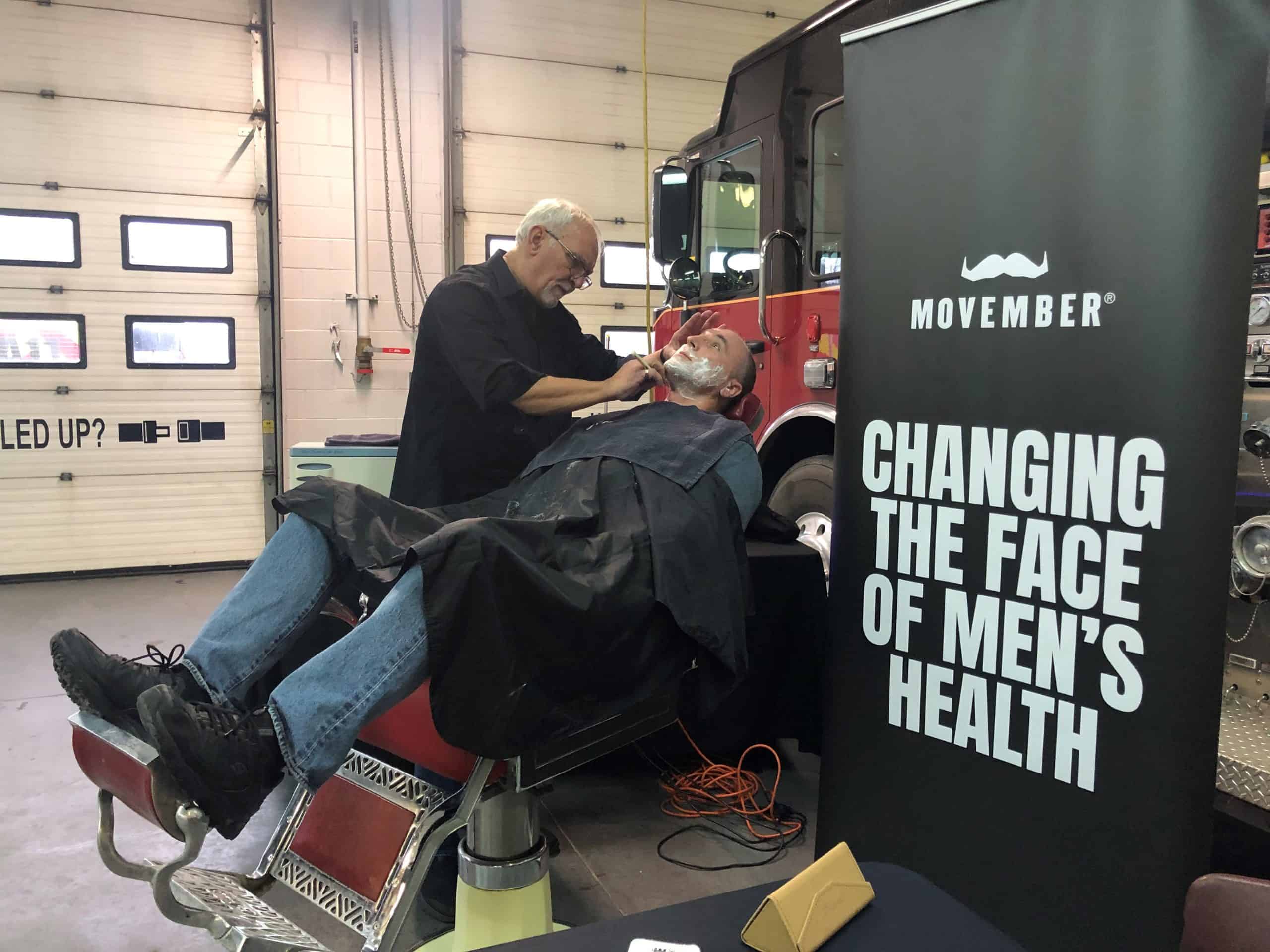 Clarington Professional Firefighters Association members, IAFF Local 3139, in partnership with the Municipality of Clarington, raised a record-setting $13,676, finishing in the top four fire teams across Canada supporting the Movember Foundation, a charity which funds projects to improve men’s health.

As part of the campaign, Clarington firefighters raised the heat by pledging to take on specific challenges to inspire donations. To raise the first $4,000, firefighters challenged Mayor Adrian Foster to join them in a One Chip Challenge, eating a specialty super spicy tortilla chip in public. Perini agreed to shave off his iconic moustache if they reached their ultimate $10,000 goal.

That promise was fulfilled Friday at 3 p.m. at Fire Station 1 in Bowmanville. 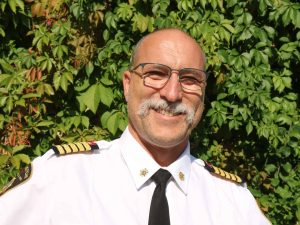 BEFORE – Outgoing Clarington Fire Chief Maraiano Perini and his moustache