Clarington Eagles get home win in Game 2 of Schmalz Cup 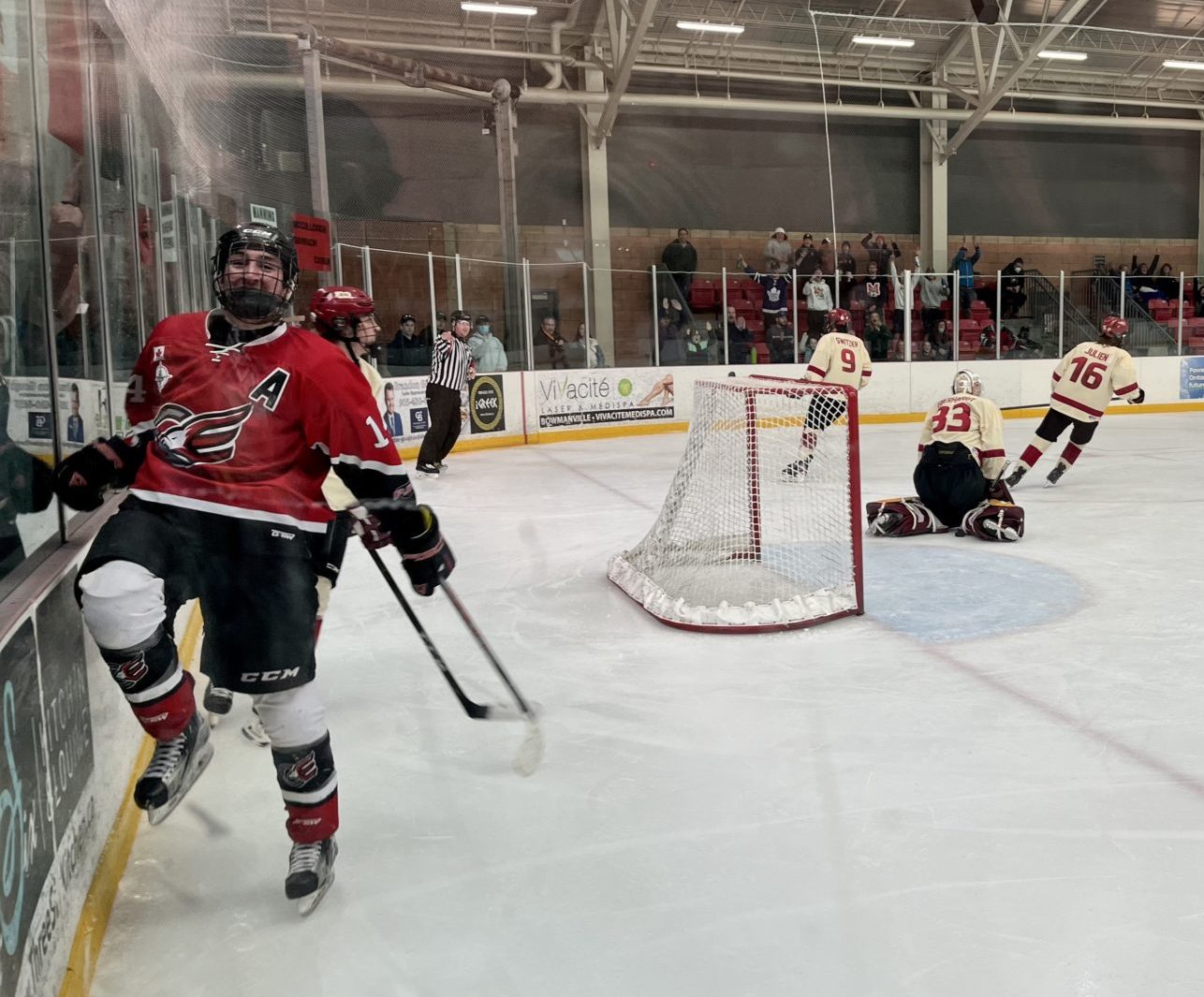 The Clarington Eagles go into the final weekend of Schmalz Cup playdowns all even at 1-1 after a thrilling 2-1 Mother’s Day overtime win over the Grimsby Peach Kings, who will definitely want this one back after losing the lead with just 19 second left on the clock.

Dawson Manning supplied the last-minute heroics for the Eagles while Brent Lace provided the dagger, scoring the OT winner 10:39 into the extra frame.

Clarington lost the tournament opener 3-0 on the road in Stayner against the Siskins (1-1), while Grimsby (0-2) lost a tough one at home the same night to the Lakeshore Canadiens. Lakeshore (2-0) then dumped Stayner 5-1 Sunday in the other game.

The tournament shifts to the University of Guelph for next weekend’s final round-robin games — Lakeshore vs Clarington and Stayner vs Grimsby on Friday – before the semi-finals and final on Saturday and Sunday respectively.

The Schmalz Cup is the ultimate championships for Junior ‘C’ hockey in Ontario.