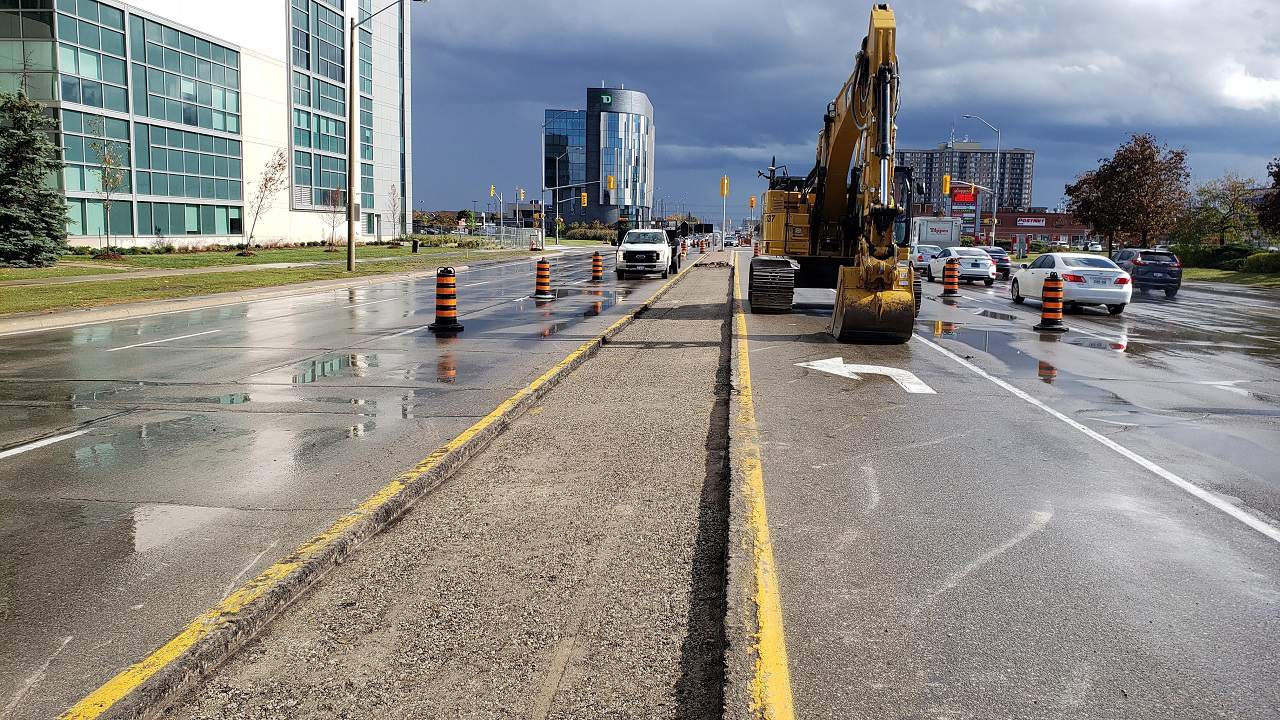 Work continues on the Hurontario light rail transit system in Mississauga and Brampton. The 18-kilometre route is on track to carry its first passengers in fall 2024. (Photo: Metrolinx)

Additionally, 89 per cent of Brampton residents believe that the federal and provincial governments should fund an LRT in Brampton.

As a result, Brampton City Council is urging the federal government to fund the LRT from Main Street to Brampton GO, which would cost roughly $850 million.

Additionally, Council is requesting $250 million for the Queen Street to Highway 7 Rapid Transit/Züm Express regional connections, $75 million for charging infrastructure for electric Brampton Transit buses, and $42.2 million for the expansion of the City’s Active Transportation Network.

“Brampton is one of Canada’s fastest-growing cities, and the need to expand our transit systems and transit infrastructure in a green and sustainable way is a key priority. This Term of Council is focused on building for the future and ensuring that we advance the priorities of the residents of our city,” Mayor Patrick Brown said in a news release.

“I appreciate the open door with our federal partners in Ottawa, and the support of our local Members of Parliament in advancing our shared priorities,” he said.