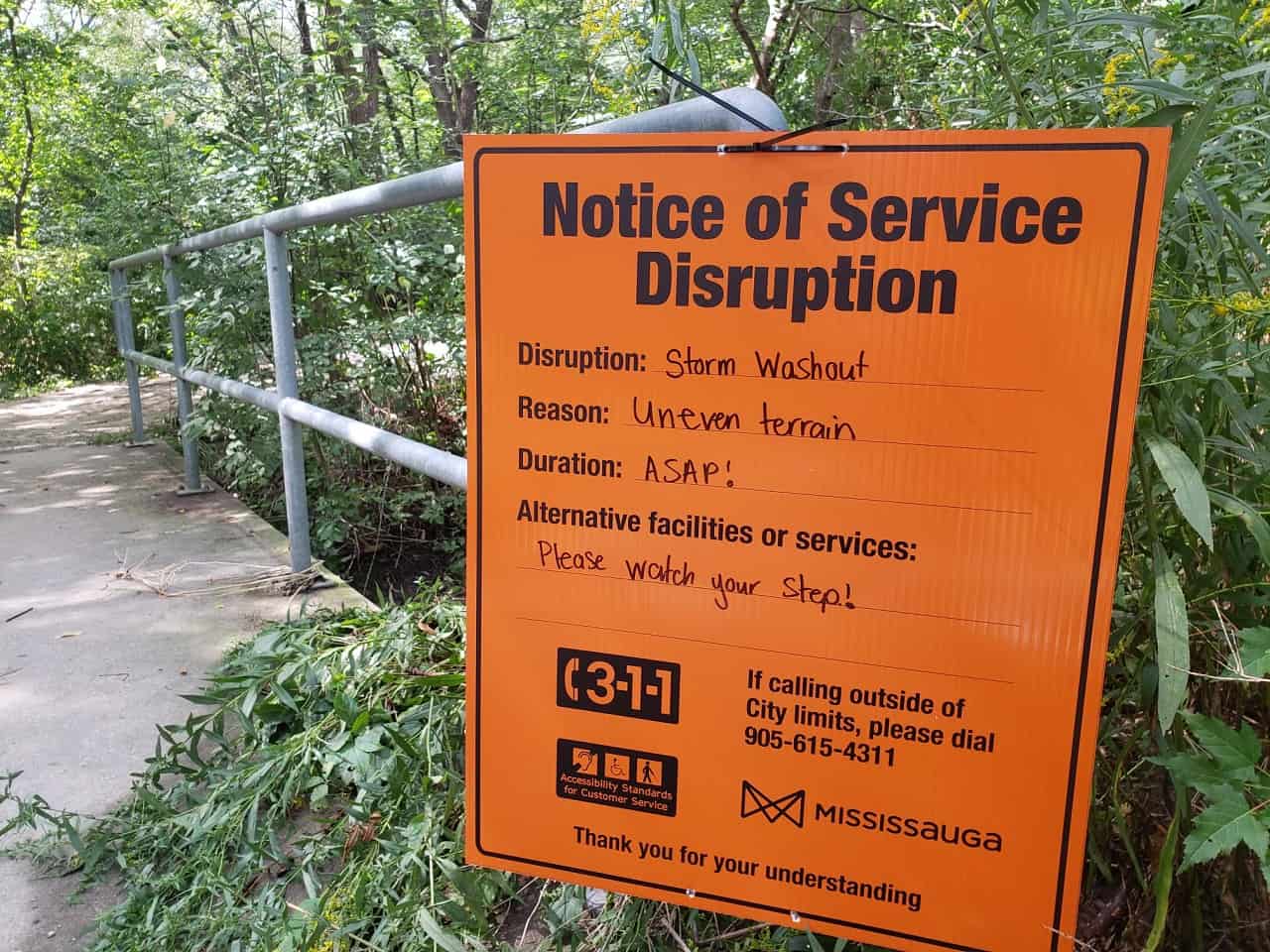 City of Mississauga work crews ask people to be careful on washed out paths and trails.

City of Mississauga officials are warning people to watch their step after Saturday’s rainstorm washed out a number of paths and trails across the city.

Crews from the City were at various locations today posting warning signs and doing what they could to make uneven terrain on paths and trails safe again for residents.

As they continue working, crews urge residents to report any damage they see by calling 3-1-1. People looking for information can call the same number.