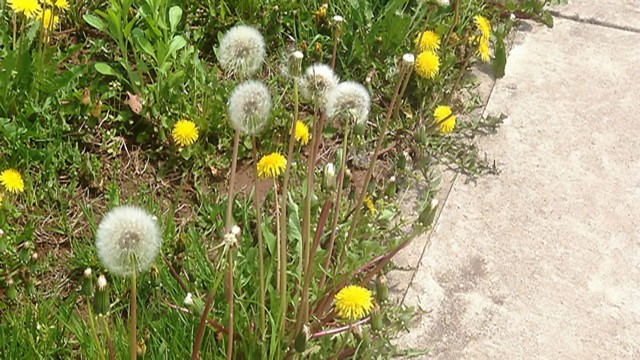 The City of Mississauga says some residents’ lawn maintenance these days just doesn’t cut it.

The city is joining the ranks of other Canadian municipalities, including Brampton, Toronto and Hamilton, in curbing neglect of municipal boulevards.

“Every Owner of Land shall maintain the adjoining Boulevard at their expense, and shall cut and maintain tall grass to a height not exceeding 30 centimetres.”

If you just typed “Boulevard” into Google and you’re worried the “adjoining boulevard” means the wide, tree-lined street next to your house—don’t panic.

For those who may not know, a “Boulevard” in this context is the part of a public street between the travelled portion of the road and the adjoining property line. That space belongs to the city.

Aside from cutting the grass, the by-law also tasks residents with removal of “nuisance weeds,” including poison ivy and bull thistle. A full list of nuisance weeds is available on the City of Mississauga website.

Poor boulevard maintenance is among the biggest complaints from residents this summer. There have been 777 such complaints so far, this year. That’s more than for all of 2016.

Ward 9 Councillor Pat Saito says simple reminders from By-Law Officers weren’t enough. She raised the issue to city council after a townhouse complex asked if they had to maintain the boulevard. When the city said yes, they refused. Saito decided the city needed a way to make it happen.

“It is unfortunate that we need to pass such a bylaw to deal with what is relatively a small number of residents.  The rest take their responsibility seriously and take pride in the land in front of their homes,” she said in an email.

Those found in violation of the by-law will have 10 days to clean up the boulevard, otherwise they’ll foot the bill for city staff sent to do the work.

Staff predict a $10,000 per year cost to enforce the bylaw, which would be made up for through property tax bills.

If you have a weed-filled boulevard to clean up, keep in mind bi-weekly yard waste collection runs until the week of Friday, September 29. Guidelines for proper disposal can be found on the Region of Peel website.

For further information on the Nuisance Weed and Tall Grass Control By-Law, residents can call By-Law Enforcement at 3-1-1.