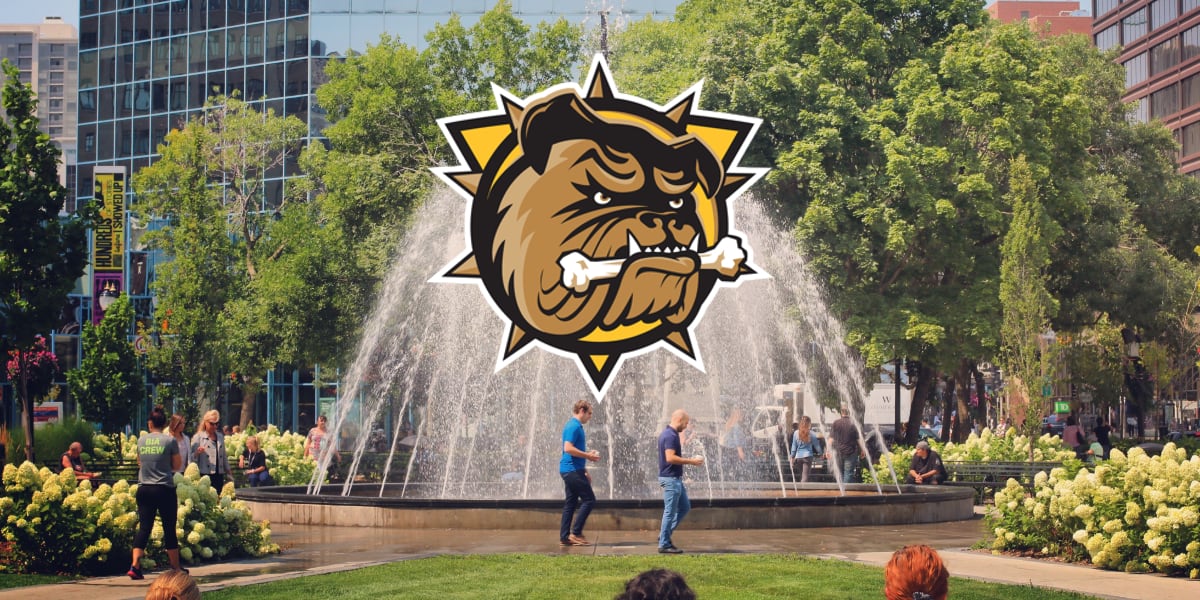 The city will host the OHL champion Hamilton Bulldogs after they arrive from the Memorial Cup in New Brunswick. The Dogs can win the CHL title Wednesday.

The Hamilton Bulldogs are one win away from being crowned the best junior hockey team in Canada, but regardless of the result of the Memorial Cup Final Wednesday night, the city will celebrate the Ontario Hockey League (OHL) club this week, and everyone’s invited.

The City of Hamilton, Mayor Fred Eisenberger, and the Downtown BIA invite residents to attend a ceremony at Gore Park on Thursday (June 30) to welcome the Hamilton Bulldogs back from the Memorial Cup tournament in New Brunswick.

The ceremony will take place at 1:45 p.m. as part of the Summer Gore Park Promenade and will recognize the Bulldogs’ second OHL title in their last three seasons. Depending on the result of Wednesday’s final against the host Saint John Sea Dogs, the city could also be celebrating the franchise’s first-ever CHL title.

The Bulldogs will try to become just the second team to win the Memorial Cup after an 0-2 start. The only other club was the Taylor Hall-led 2009 Windsor Spitfires.

Jan Mysak was the overtime hero as he sent @BulldogsOHL to the final of the 2022 #MemorialCup presented by @KiaCanada! pic.twitter.com/lFRIfvXYo7

Attendees at Thursday’s ceremony will meet the players, coaches, and Bulldogs mascot, Bruiser. They can also enjoy free programming at the promenade, including live music, food trucks, large-scale games, and community and local vendors who will be set up throughout Gore Park from 11 a.m. to 3 p.m.

The Hamilton Bulldogs hoisted the OHL’s J. Ross Robertson Cup on June 15, 2022, in front of a league-record crowd of 11,779 at FirstOntario Centre after defeating the Windsor Spitfires 6-1 in Game 7.