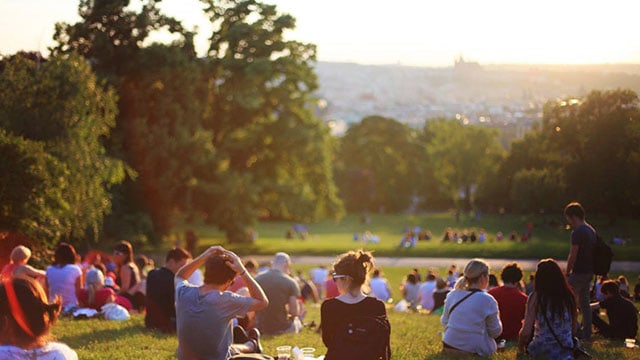 The city has moved forward on a controversial project that could fundamentally change one of Mississauga’s oldest neighbourhoods–and lead to some residents leaving their homes.

Councillor Nando Iannicca has a vision for the Cooksville area, and that vision involves Mississauga’s very own version of Central Park.

Although the idea sounds exciting, some people have balked at the notion that the city will attempt to convince residents to sell their homes to the municipality in order for the project to proceed.

That said, it looks like some homeowners have agreed to relocate.

Recently, the City of Mississauga bought three residential properties in the area–east of Hurontario Street between Dundas the the Queensway–to build the park. Residents in the community still oppose the idea and are not convinced that they should sell their homes to the city for this project.

For those not familiar with the issue, the city has pursued the idea of developing a Central Park since 2015, as a 25 acre plot of land that would allow for more greenery within the city in an area that’s mostly devoid of green space. Currently, there is about thee per cent parkland in Mississauga’s downtown core. This is a concern, since comparable cities contain about 7.4 per cent parkland. According to a 2015 report, a properly planned city’s core should contain about 11.8 per cent green space. With more people expected to move to Mississauga–50,000 individuals by 2041, in fact–the city has to account for a dense population and plan accordingly.

Back in September 2017, the city had still not purchased properties from residents within the Cooksville area for the parkland. However, now that the three properties have been purchased, more transactions are expected to take place in the future.

“It’s unfair that my community has to undergo displacement to resolve poor city planning,” said Olivia, a resident of the area.

An issue that keeps cropping up has to do with the fact that Iannicca, who says he will not seek reelection in 2018, is spearheading the project. Members of the community said that they are willing to fight any councillor on the notion of purchasing more properties to develop the project. There is a group of staff at the city hall, however, that has the ability and right to handle the project as it gets passed to the next councillor of Ward 7.

“We are trying to be very respectful of the fact that this is a neighbourhood with people who have lived in their homes a long time,” said city manager Janice Baker.

The offers for the houses come from the city’s cash-in-lieu of-parkland reserve, which is a fund generated from builders as a condition of development. Over the summer when the council did not have planning meetings, staff at the city were authorized to make bids up to $2 million per transaction. Staff noted that it could take up to eight years to complete the purchases and prepare the lands for recreational use.

One issue for consideration is that the lands on which the park is expected to be developed are susceptible to flooding.

Back in 2013 when a substantial flood caused damage, the city committed $50 million for nine projects for flooding mitigation. There are also five more projects scheduled over the next five years.

Greg Carraro, whose family has owned a home on Paisley since 1954, noted the city has already spent millions on stormwater.

“Greenspace is a fundamental part of a community, but to basically demolish a neighbourhood to create that green space, I don’t see the logic in that. I don’t see the compassion in that,” remarked Carraro.

Since the start of the project, community members have had issues with the lack of transparency and communication between city hall and stakeholder community members. Residents received a letter in the mail during the summer and received news only through local media.

The city has not made it mandatory to expropriate Cooksville homeowners, however it may be an option in the future.

“Council has the authority to expropriate land for municipal purposes,” said Geoffrey Janoscik, expropriation and litigation lawyer at Pallett Valo LLP. “An aggrieved owner could certainly request a non-binding hearing of necessity at which they or their counsel could formally object to the expropriation by arguing that it was not fair, sound, and reasonably necessary …” he added.