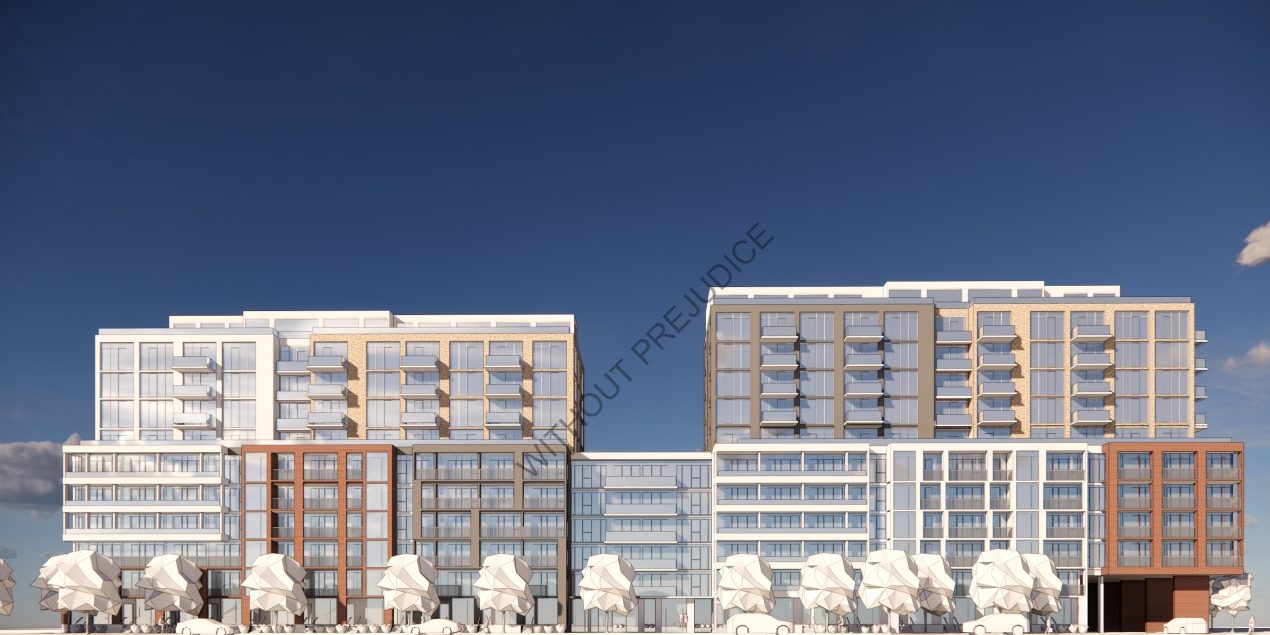 Rather than fighting a developer at the Ontario Land Tribunal, the City of Burlington will be presenting an Offer to Settle for a proposed development at 40-70 Plains Rd. E.

The development will amend the city’s Official Plan and Zoning By-law to permit a 12-storey residential apartment building with 389 units on the site.

According to Ward 1 councillor Kelvin Galbraith, City planning staff reviewed the file and, based on the studies provided, advised the 12-storey development is acceptable.

The development is located within the boundary of the Aldershot Major Transit Station Area (MTSA) which has been directed by the Province, Halton Region and the City of Burlington to intensify with mixed-use residential development.

This work has indicated that the Aldershot Main Street area allows for 11-storey buildings, but does require transitional considerations to adjoining low density residential developments.

A number of changes have been made to the development since it was first introduced that took into account feedback from the community, council and city staff. Those modifications allowed city planning staff to support the application and recommend the settlement.

As this development has been appealed to the Ontario Land Tribunal, the OLT will be the final decision-maker on the file. The next OLT hearing is scheduled for Jan. 23, where the city’s legal representatives will present the Offer to Settle.