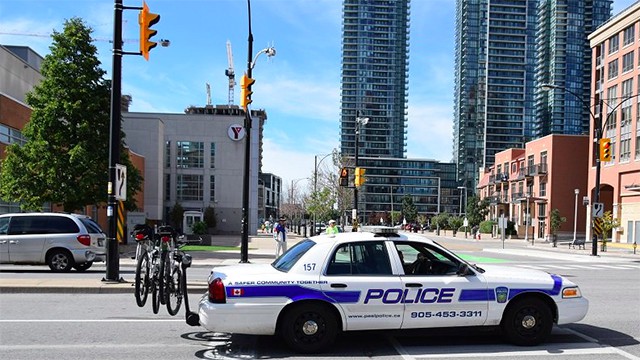 While Mississauga is arguably (and factually) one of the world’s safest municipalities, the city–and the entire Toronto and GTA region–has witnessed an uptick in gun violence.

For that reason, the city is working to address escalating crime rates in Mississauga.

The summit ended with participants signing a community safety pledge (pictured below): 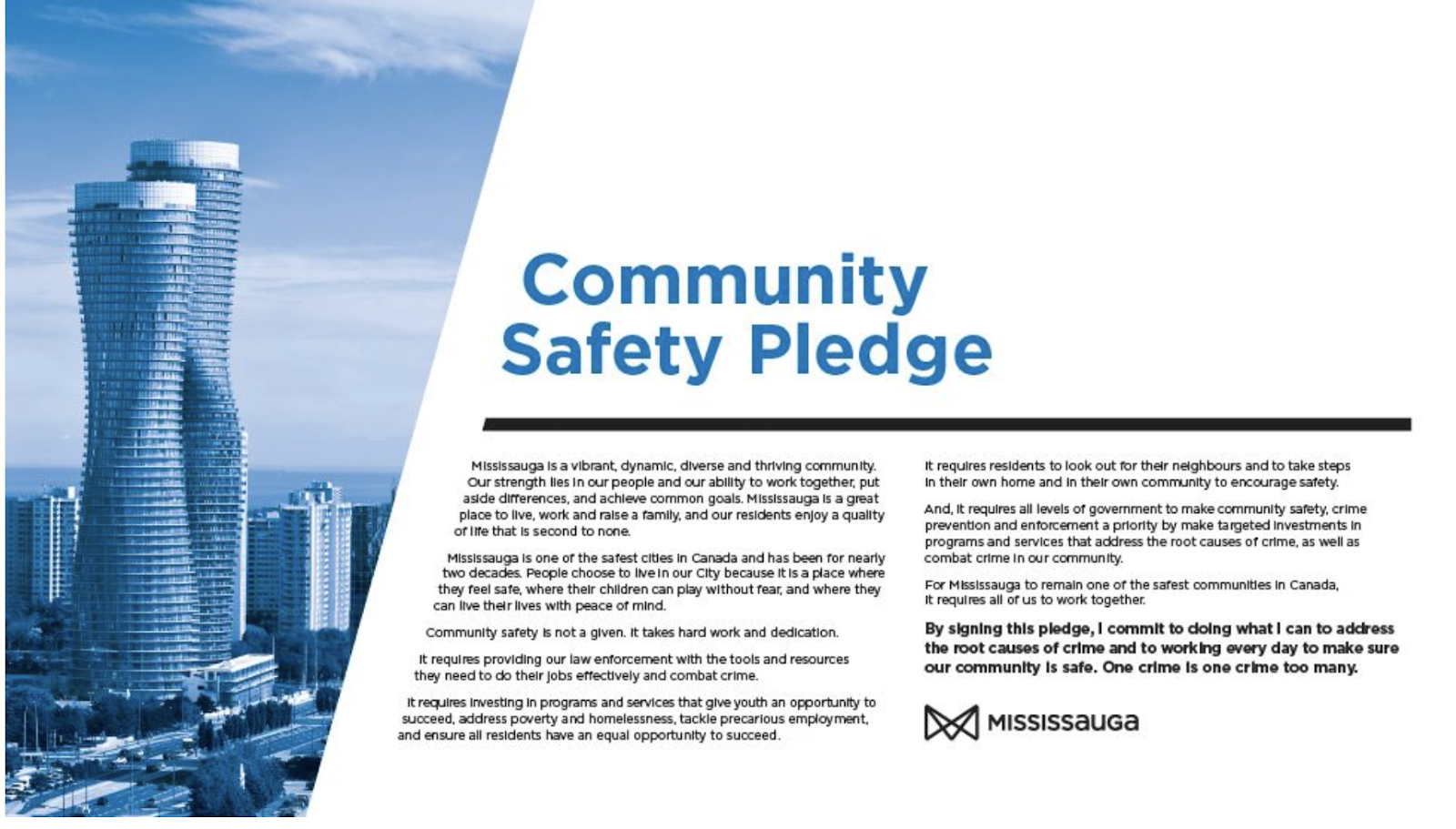 While crime is not extravagantly high in the city or region, it has experienced an unusually violent summer. Earlier this year, police said that over 100 bullets had been fired in 2018 in the Region of Peel (Brampton and Mississauga).

Toronto was also shaken by high-profile shootings, including a mass shooting on Danforth Ave. and a brazen daylight shooting on Queen St. W. during the Canada Day long weekend.

The Region of Peel has since voted to increase the amount of police officers on Brampton and Mississauga streets.

The city says residents have told Crombie that they feel unsafe and are asking the municipal government to step in.

“The recent spike in violent crime, including the escalated use of handguns, this past summer was very unsettling. This is not the Mississauga I know, and I knew we needed to act. Mississauga residents deserve to feel safe in their community,” said Crombie in a statement.

“After speaking with our Chief of Police, Jennifer Evans, we decided that hosting a community summit to discuss what police are seeing on the street, the nature of the crimes being committed and the work Peel Police are doing. This knowledge allows elected officials and community organizations to better understand what we can do to support the police in combating crime in our City” added Mayor Crombie.

The city says key takeaways from the summit include making additional investments in early intervention efforts with high-risk youth to prevent youth violence and gang crime; providing officers with necessary resources to police the region effectively; calling on the federal government to better collaborate with U.S. Customs and Border Protection to stop the flow of illegal guns into Canada and developing safe spaces for youth.

The summit also prompted participants to recommend creating an inventory of all community programs, services and grant opportunities available at all levels of government so that elected officials and community organizations can better refer at-risk individuals to services and supports in the community.

Crombie says she’s committed to writing a letter to Ontario’s Minister of Community Corrections and Safety, Michael Tibollo urging him to act on Evan’s request for additional funding to fight violent crime.

She also said she will continue to vote to give police resources to better manage crime.

Crombie has also pledged to write a letter to Canada’s Minister of Border Security and Organized Crime, Bill Blair and the Minister of Public Safety and Emergency Preparedness, Ralph Goodale, calling for additional resources and outlining her position on the national consultation on a handgun ban.