City discusses big plans for one of Mississauga’s oldest neighbourhoods 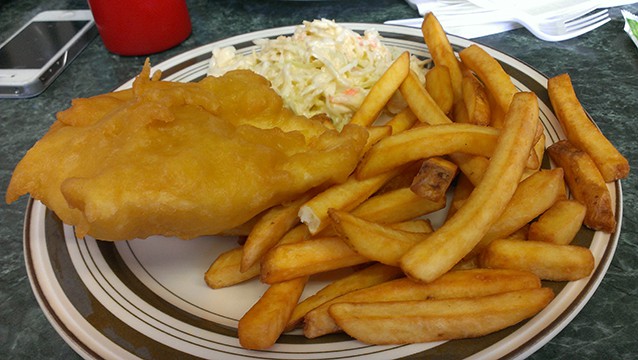 “Once again become the kind of place that you can walk to most places in 15 minutes,” the local councillor said of one of Mississauga’s oldest neighbourhoods that dates back to 1809.

The Mississauga councillor was thrilled when she got a positive response from Whittemore and more importantly, the same enthusiasm that led to the City of Mississauga hosting a 15-Minute City Online Forum to help shape the future of Cooksville on Earth Day last Thursday.

Cherise Burda, Executive Director at City Building Ryerson, led the discussion of creating communities where residents’ essential needs like medical facilities, pharmacies, schools and shops can be reached within a 15-minute walk.

Along with guests Neluka Leanage, Founder and CEO of SafeGround, Alex Bozikovic, an architecture critic and journalist with the Globe and Mail, Damerla and City of Mississauga planer Christian Binette, the forum launched a planning policy review, which will seek input on key policy directions from the community.

Damerla was looking for the conversation during the forum to be not so much as on whether Cooksville should be a 15-minute neighbourhood.

She believes that should be a given.

“I want the focus to be on what are the next three or four or five things that have to happen to make this mission a reality,” said the councillor, who pointed to what better way to honour Earth Day than hosting the online forum on the same day. “Where are the gaps and what needs to happen next?”

Damerla believes Cooksville is the perfect community to launch the ambitious project for two reasons.

First, it already has the bones, being one of the oldest neighbourhoods in Mississauga and having started life as a walkable village.

“It also happens to be the fastest redeveloping area in Ward 7, so it really is the perfect opportunity to build back Cooksville in a way that really upends the stereotype of Mississauga,” she said during the forum.

Damerla points to the stereotype for Mississauga, the poster city for car-centric urban sprawl.

“I have a vision for something different,” she said. “A neighbourhood where you can walk to most things you need on a regular basis. Your grocery store, your pharmacy, your school, your coffee shop, flower shop, library and greenspace. A place where once again, we have the best of people on streets.”

Mississauga Mayor Bonnie Crombie, who attended the virtual forum, says the 15-Minute City is an inspiring concept for city builders and explained the reality is they’re doing a lot in Mississauga right now to ensure they’re creating dynamic, walkable and sustainable communities. Crombie talked about communities that have the right mix of housing, greenspace, retail, and job creation opportunities from the Square One district, to the Lakeview and Brightwater Developments.

Crombie feels they’re truly building some of the most innovative communities in Canada where people can live, work and play all in the same vicinity.

“The reality is that it may never get to the point where the majority of our residents are within a short 15-minute commute of everywhere they need to go, but the reason I love the 15-minute commute is that it sets the benchmark, the ideal living situation that we can continue to strive for in our city-building work,” she explained.

“We need ideas like this to inspire us to build smart, so we can improve the quality of life for residents and help us reach our carbon targets.”

She also believes the pandemic has made the 15-Minute City even more relevant over the last year.

“We’ve never seen so many people transition to working from home,” the Mississauga mayor said. “Most of us have never had to stay so close to home for such an extended period of time. COVID has brought back local into our focus and shown us how important it is that we build complete communities in all corners of our city.

“Working from home seamlessly, accessing the goods, service and amenities that they need.”

Leanage explained that the key criteria of the model is that it has to facilitate access to most amenities through walking and cycling compared to other models that are based on driving.

“It also requires safe, high-quality spaces so that people want to cycle or walk to reach these amenities,” she said.

There are several variations of the walkable community, including new urbanism, traditional neighbourhoods and complete communities, Leanage explained.

“It’s actually not a brand new concept, but a really timely concept,” she said.

As for listing current examples of the 15-Minute City in any suburb or municipalities, Bozikovic points out they are rather rare after the car came along.

Finding places where a 15-Minute City has been created in a suburban context is trickier. He believes the Port Credit Village is one of the few really good examples anywhere in this region which has more or less pulled that off.

Places that have the largest areas that are 15-minute cities are Vancouver, Toronto and Montreal.

He points to a central Toronto neighbourhood like the Annex as an example.

“Aside from the presence of the University of Toronto there, you’ve got a main street with shops and restaurants of all kinds, you have schools, parks,” Bozikovic said. “You have recreational facilities, you have transit that will connect you to the larger city. They do even have entertainment venues, so that’s a pretty clear example.”

The forum would last two hours and work on drafting specific policies to put the plan in place will take this summer and fall.

They’ll seek input on the plan, stakeholder outreach and continue engagement on the draft of official plans.

They will be finalizing the plan in the fall and winter of 2022, refining the draft policies before seeking feedback from the community.

“A statutory public meeting will be held before then seeking approval of the proposed policies in the winter of 2022.