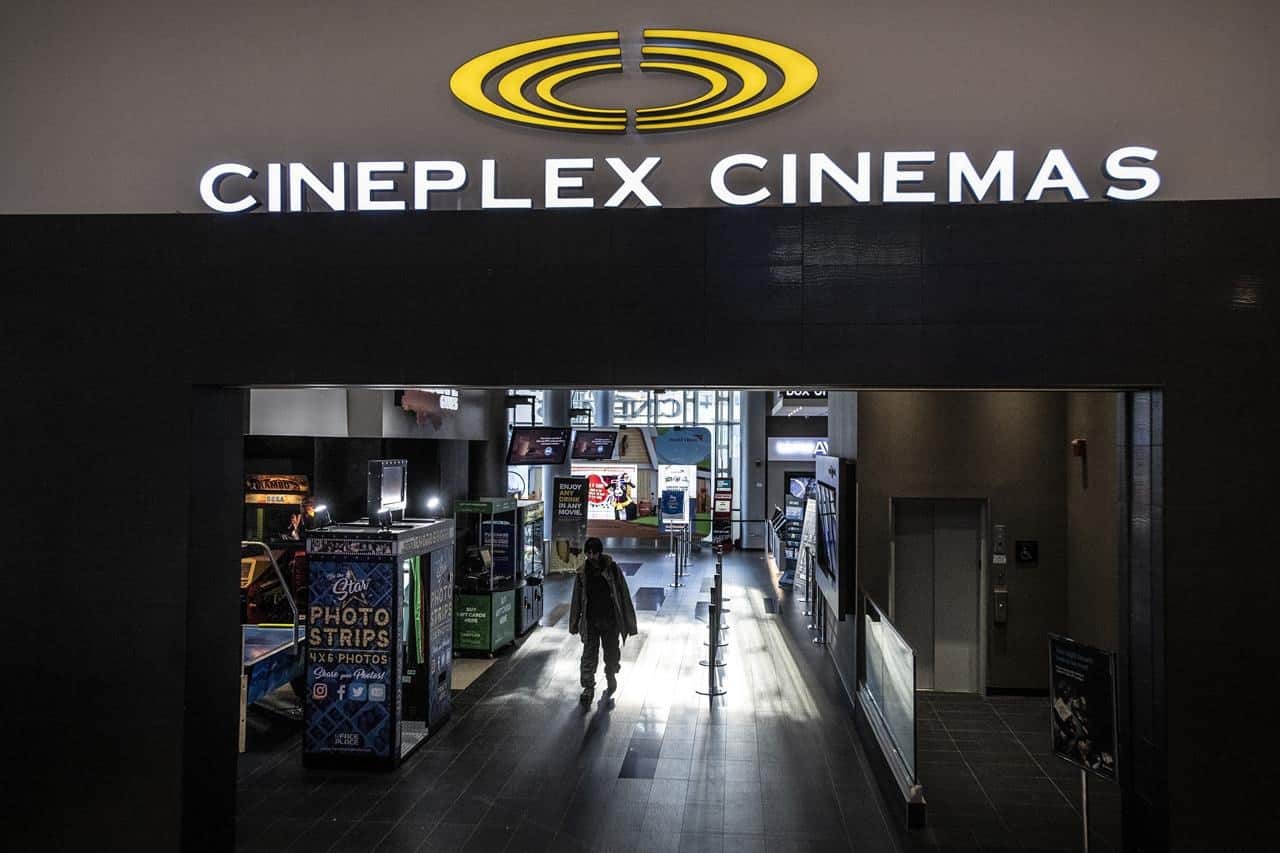 In what’s expected to be a test case for pandemic-era litigation, Cineplex Inc. is headed to court Monday in a bid to recoup cash from a U.K. theatre giant that had planned to purchase the Canadian cinema chain before COVID-19 struck.

Toronto-based Cineplex will face off against Cineworld Group PLC, which walked away from a December 2019 takeover deal amid strict economic lockdown measures in June 2020, alleging material adverse effects and breaches by Cineplex.

Cineplex has called Cineworld’s decision to terminate the deal “nothing more than a case of buyer’s remorse” and seeks more than $2.18 billion in damages at the Ontario Superior Court of Justice.

The case wouldn’t change Cineworld’s decision to scrap the Cineplex deal, but legal and entertainment experts say it will offer a window into the future of Canadian movie-going and may inspire further suits.

“It’s a test case of what happens when you have an adverse industry that was affected (by COVID) and parties don’t or can’t meet the terms of the contract,” said Richard Leblanc, a professor of governance, law and ethics at York University.

“This could be the beginning of a wave of cases to come. Lawyers and companies are going to look at this with great interest.”

The case will hinge on Cineworld arguing it had the right to terminate the agreement without payment because Cineplex strayed from “ordinary course,” when it deferred its accounts payable by at least 60 days, reduced spending to the “bare minimum” and stopped paying landlords, movie studios, film distributors and suppliers at the pandemic’s start.

Cineworld alleged the changes were meant “to present a more favourable long term debt position in its financial statements than was actually the case” and “cannot be excused by the outbreak of the novel coronavirus.”

Cineplex’s statement of claim shows it will argue it fulfilled all of its obligations and that it continued with an “ordinary course” for the industry.

Cineplex will also claim Cineworld did not have grounds to terminate the deal because there was a clause exempting outbreaks of illness or changes affecting the motion picture theatre industry from being considered “material adverse effects.”

Both companies declined to comment because the matter is before the court, which will decide what contract obligations are in play if an act of god or illness occurs and what constitutes “ordinary course” during a pandemic.

There’s a lot at stake for both sides.

The theatre industry has been struggling since cinemas were forced to close due to public health measures during COVID-19 and studios pushed back premieres or skipped theatrical releases in favour of streaming platforms.

Cineplex reported a $103.7 million loss in its most recent quarter, which came as Canadian cinemas were beginning to reopen.

Cineworld, which has 786 theatres across the U.S., Europe and Asia, had an operating loss of $208.9 million in the six months leading up to June 30, 2020 and during the pandemic, hiked the price of theatre tickets by more than 40 per cent and cut more than 45,000 jobs to offset decreases in audiences.

Losing the case would deepen those financial troubles because Cineplex wants Cineworld to pay the $2.18 billion that Cineworld would have paid had the deal closed, minus the value of Cineplex’s securities retained by its holders.

Cineplex is also seeking compensation for the $664 million in debt and transaction expenses that Cineworld would have shouldered had the deal successfully closed, as well as repayment of certain “benefits” it received as part of the transaction.

Regardless of how the lawsuit ends, Paul Moore said neither company will have an easy path ahead because revenue declined significantly when theatres were closed and the virus hasn’t subsided, meaning a return to full capacity isn’t guaranteed in the immediate future.

The Ryerson University sociology professor specializing in the history of movie theatres wouldn’t be surprised if Cineplex considers a financial reorganization, and says another sale would likely be difficult.

“If Hollywood studios are trying to pull out of exhibition and movie theatres and shift toward streaming … it’s hard to imagine an entrepreneur thinking that movie theatres are going to matter in the future too,” Moore said.

But that doesn’t mean the end of big theatre chains is coming. Moore thinks they will remain with a focus on blockbusters and no overlap between independent cinemas showing “anything remotely off the beaten path.”

Theatres, he predicts, will become a more premium experience like visiting a suburban theme park or one of Cineplex’s RecRoom dining and gaming facilities.

“Some version of movie-going will continue,” he said, “I’m certain of it.”