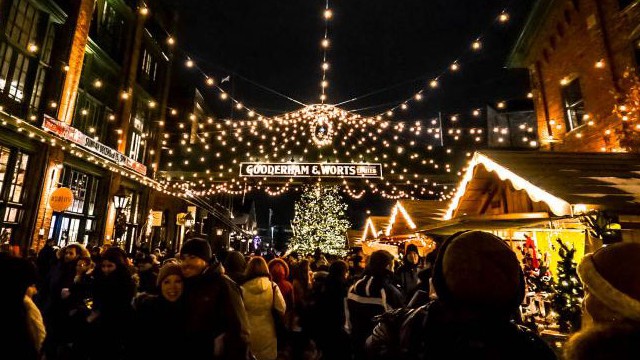 Mississauga’s usual Santa Claus parade will be switched up this year.

The traditional Mississauga Santa Claus Parade that runs along Queen Street will not be happen this year and a more compact parade will deliver Santa to the new Streetsville Village Square.

The new parade begins at Ontario Street and marching down Queen Street South to the Village Square.

Happening this holiday season on November 26 and 27, Streetsville’s Christmas in the Village promises a weekend of festive entertainment for all ages.

The fun starts on Saturday evening with a marketplace in Streetsville Village Square, reminiscent of traditional European Christmas markets.

Attendees can expect to see unique craft vendors, live entertainment, and some mulled wine and cider to go with it.

The evening will also feature a “Toast to the Tree” lighting of the Village Christmas Tree.

On Sunday, jolly old St. Nick himself will join in on a holiday parade that starts at Ontario Street and marches down Queen Street South to the Village Square.

Afterwards, you can catch Santa and his elves in an afternoon of activities complete with s’mores, hot chocolate, and classical Christmas music.

Kids can also get a photo with Santa and his reindeer from his big chair in the Square.

The entire event is run by the Streetsville Business Improvement Association, which maintains a vibrant business community within the Village of Streetsville.

Stay tuned for any further updates on the event before November rolls around!