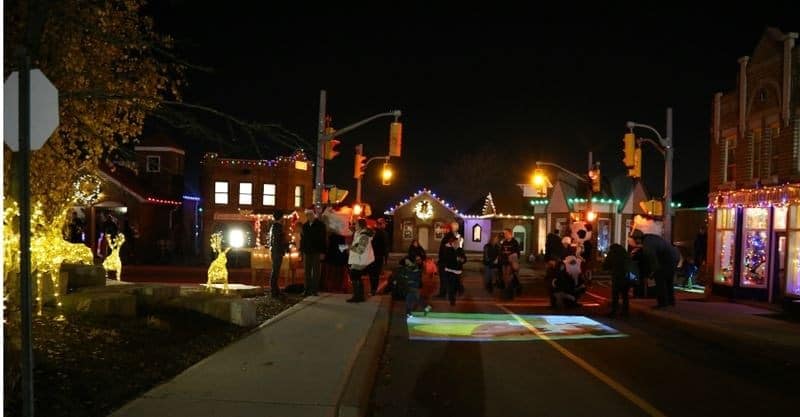 Christmas is coming to the Kids Safety Village in Whitby a little early this year. The longtime education centre is hosting its Christmas in the Village event for five days starting tomorrow.

The halls of the mini-buildings throughout the Village will be decked with Christmas decor and lit brightly enough to make the North Pole jealous.

The herald angels of the Durham Police Choir will sing, “Hark!,” alongside the Whitby Brass band creating anything but a Silent Night for attendees.

Elexicon workers, Durham Police and Durham Paramedics will be on-site to show off their rides –  featuring a bucket truck, two classic cruisers and an ambulance. However, the car show will not feature Santa’s sleigh as it’s being prepared for deliveries.

Even with his ride in the shop, Santa Claus is making a special trip down despite his busy schedule this time of year. His appearance is one of a few surprises in store according to the Kid’s Safety Village.

Photo booths are being set up for family pictures to immortalize memories, a gift not even the Grinch could steal.

Anyone wishing to play elf can bring gifts of their own to the event. The DRPS Food and Toy drive will be accepting donations of non-perishable food, gift cards and unwrapped toys. Those struck with the spirit of Christmas can also donate directly to the Kids Safety Village.