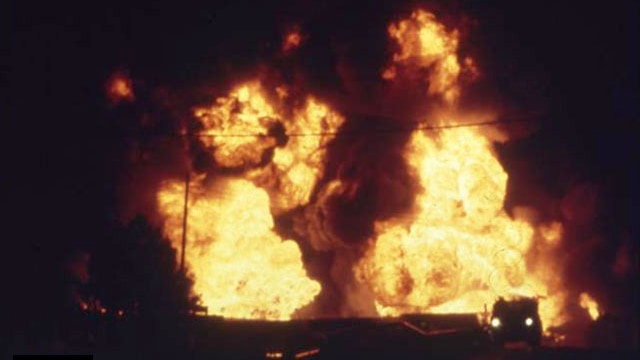 It has been 40 years since the Mississauga train derailment emptied the city, but browsing through the artifacts in the Peel Art Gallery, Museum and Archives’ (PAMA) Moving Forward Gallery brings it right back to life. In fact, one item is some destroyed rail, which is part of this famous story. 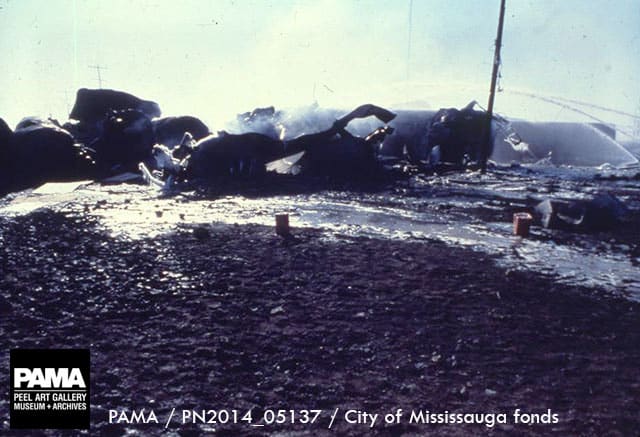 The accident happened late on November 10, 1979, when a Canadian Pacific freight train derailed while travelling through the heart of Mississauga. One of the propane tankers exploded, lighting up the sky for miles. A later investigation showed that friction inside a bearing built up heat, causing the axle to break and wheels to fall off.

After a fireball exploded 1,500 m into the air, Mississauga started using every piece of its firefighting equipment. The firefighters poured water on the tanker to keep it cool since the heat could have converted the chorine into a deadly gas. Experts also studied weather forecasts and wind patterns as everyone wondered: if a deadly gas cloud occurs, where would the wind take it? 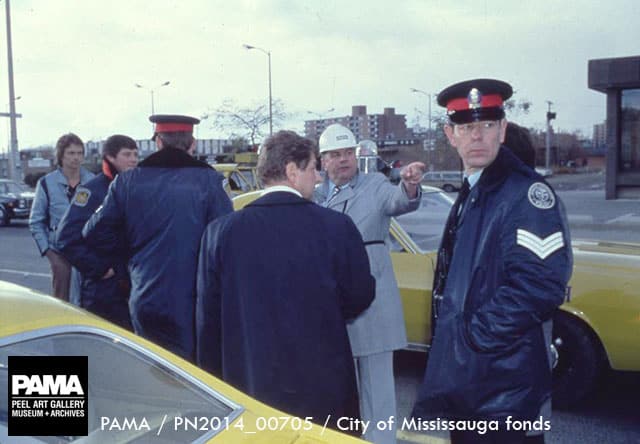 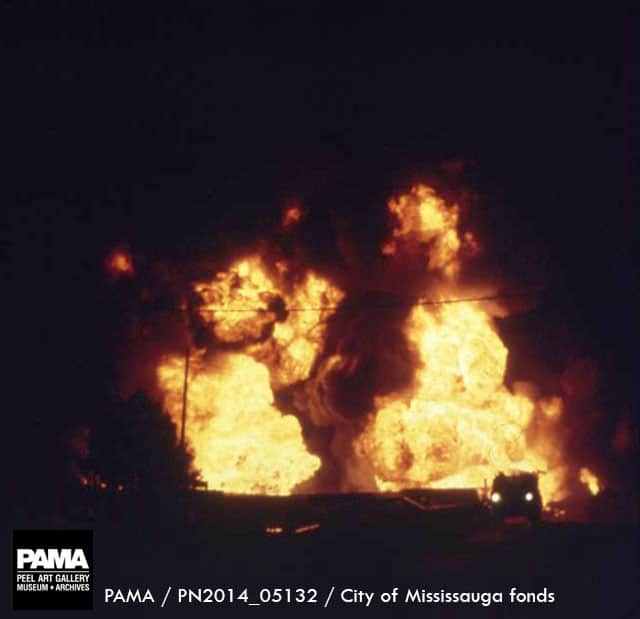 Over the next few days, chlorine escaped into the atmosphere, but did not reach toxic levels. Officials finally allowed residents back in their homes six days after the initial explosion. 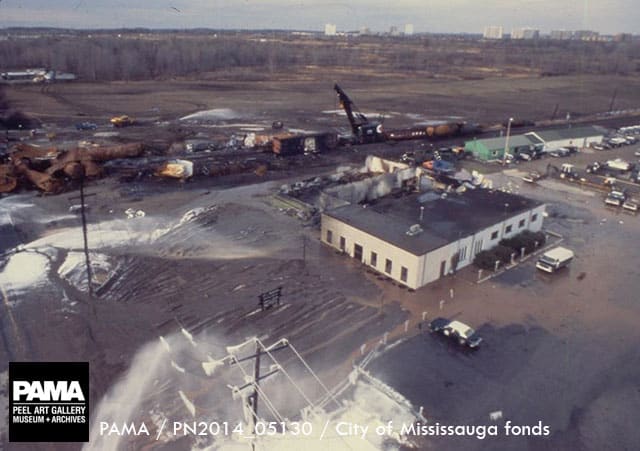 It was a miracle that no one died in the explosions or evacuation, especially since both the sick and elderly had to be moved. The event jettisoned Mississauga and Mayor Hazel McCallion onto the world stage. Disaster planning experts from across Canada, and beyond, also studied the evacuation as a model. Peel’s Police Chief became overall commander of the disaster area, while the Mississauga Fire Chief commanded the firefighting. The Red Cross, Ontario Provincial Police, and several Peel services, as well as all levels of government and the business sector were involved. 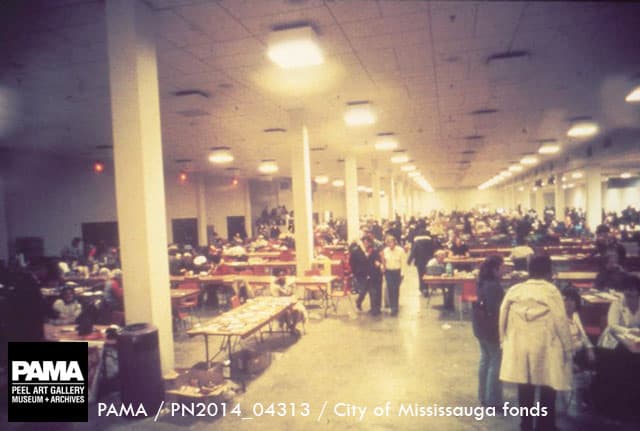 “(T)he whole country is safer today because of what truly was the miracle of Mississauga,” Mayor McCallion said later.

Visit Peel Art Gallery, Museum and Archives (PAMA) and see artifacts from the event. PAMA is a place to explore and learn about Peel Region’s culture and heritage, and to converse, question and tell stories to help make new and fascinating connections to the surrounding community. Throughout the year, PAMA offers a variety of workshops and programs for all ages: students, families, adults and seniors. Operated by the Region of Peel, PAMA is located at 9 Wellington St. E.in Brampton. Visit pama.peelregion.ca to learn more.

To watch a video of the incredible incident, read this:
VIDEO: Original News Coverage of the 1979 Mississauga Train Derailment

To hear a hit song about the train derailment by Death From Above 1979, click here.