Cheese Shop Expanding in Food District in Square One in Mississauga 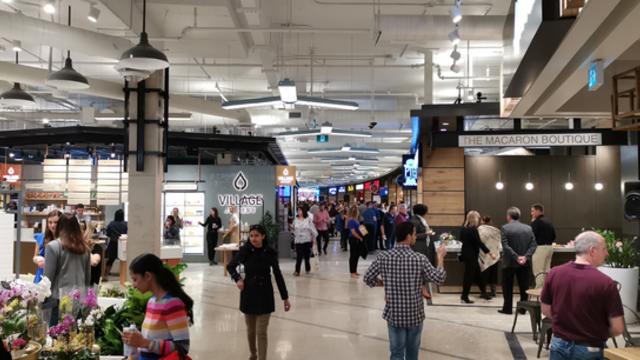 We’ve said it before and we’ll say it again–when one door closes, another one often opens.

Square One’s newly-opened Food District, which was part of an ambitious $580 million redevelopment that also brought the Cineplex-owned Rec Room, Uniqlo and Indigo into the shopping centre, finally opened its doors in April 2019 and has been booming ever since.

The almost 40,000 sq. ft. location is thriving–it even welcomed Toronto Raptor Serge Ibaka for its first ever night market event–and drawing crowds with its mix of sit-down and quick-service vendors and food-related activities.

However, some shoppers might be disappointed to hear that Seed to Sausage, the Food District’s resident butcher shop and purveyor of locally-made, artisanal cured meats, has closed.

Square One confirmed that the vendor closed up shop on July 31.

While some might be sad to see it go, shoppers should take comfort in the fact that Sabana Cheese will be expanding their offerings and moving into the space on Aug. 1.

The vendor says its products are hand-made and hand-stirred in an old-fashioned way.

Will you be checking out the newly-expanded Sabana soon?