Cheapest Place to Buy a Home Near Transit in Mississauga 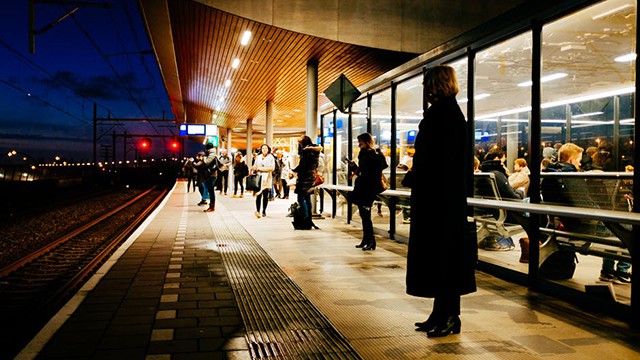 If you’re struggling to afford living and transit expenses, you’re not alone–homes have never been more expensive and the escalating costs of living are a hardship for residents in Mississauga and surrounding cities.

That said, there are some affordable neighbourhoods out there, some of which are right on the GO Transit line.

Recently, real estate company Zoocasa put together an interesting infographic that showcases the most affordable GTA neighbourhoods along the GO line.

While housing in Mississauga is notoriously expensive, the article points out that 905 residents have it a little easier than their 416 counterparts.

“…The average Toronto household earns a median income of $78,280, according to Statistics Canada, which would qualify for a maximum mortgage amount of $545,692,” the post reads. “However, given the average home price is $759,441 in the city, many Torontonians are setting off for less pricey pastures – a trend referred to as “driving until you qualify.” But not everyone has the wish – or the ability – to log time on Canada’s largest highways to get to and from work, not to mention the increased insurance and maintenance costs that come with being a frequent long-distance driver.”

For that reason, it might be prudent for some prospective homeowners to look at neighbourhoods along GO lines.

Zoocasa says an estimated 250,000 riders take the train or bus to Union station each week, with ridership estimated to grow by another 50 per cent by 2020. Also, the Ontario government committed to a $13.5-billion, 10-year investment to expanding service, adding more trips to the main corridors and implementing the GO Regional Express Rail (RER).

“To illustrate affordability across the GTA’s transit hubs, Zoocasa has calculated the average prices of homes at all GO Transit stations within a two-kilometre radius*, between January to July 2017,” the post says. “A few highlights include houses and condos for sale in Hamilton, West Harbour and Malton. Could one of these GTA cities be the location of your first home?”

* Exceptions are Bramalea and Gormley stations, which are based on a 4km radius.