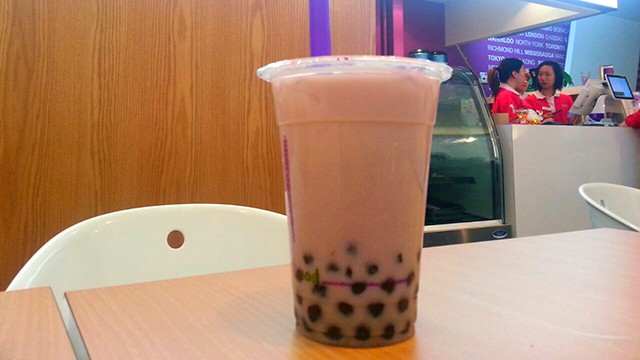 For those who are unaware, Chatime is a Taiwanese bubble tea franchise that opened its first location in Taiwan in 2005.  It’s a modern teahouse that typically boasts simple, modern decor and energetic pop music. It has over 800 retail stores around the globe — eight of which are in Canada — and Mississauga’s first location can be found on Burnhamthorpe, just east of Mavis.

The bubble tea brand is going to set up shop in Square One on the lower level near entrance 7 (right near the Tim Hortons).

An exact opening date has not yet been announced.