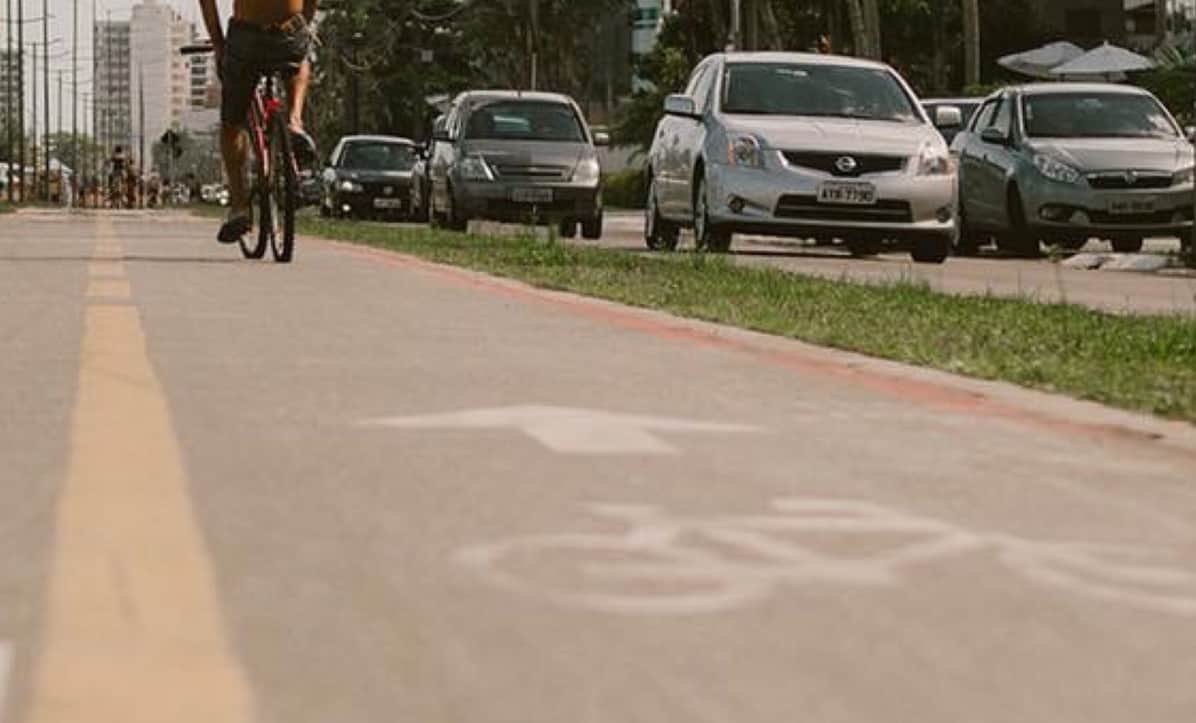 With restrictions continuing to ease, many businesses are reopening and many Bramptonians are returning to the office.

However, some are noticing their commute is taking them a little longer due to the reduction of driving lanes on roads across the city in favour of cycling paths.

Many residents have expressed frustration, and the subject came up during a Committee of Council meeting on Wednesday (November 17).

“I think there’s some issues with how we’re communicating with our residents,” Martin Medeiros, Regional Councillor for Wards 3 and 4 said during the meeting. “We never got a heads up that bike lanes were going to be implemented on Charolais.”

Henrik Zbogar, senior manager of Transportation Planning for the City of Brampton, countered that signs were installed and mailers that were sent out directing residents to the City’s website which has a comprehensive list of new active transportation infrastructure being implemented this year.

However, Medeiros felt the signs could be difficult to parse for some, and Pat Fortini, Regional Councillor for Wards 7 and 8 pointed out many people simply don’t follow the link on the mailers.

Medeiros and Fortini both stressed the fact residents have been calling them regarding the addition of some of these bike lanes, specifically the one recently added to Charolais Boulevard.

Medeiros also stressed the fact people have reached out to him expressing frustration that they’re stuck in their car in traffic due to the lane reduction on Charolais, while the bike lane that was introduced is not being used.

“I have residents pointing out that while they’re stuck in traffic on these one-lane roads, there’s more traffic congestion and more pollution because of increased idling, and they’re frustrated that when they look at these new bike lanes, they don’t see anyone using them,” he said.

Zbogar pointed out that, because of how new these bike lanes are, it could take some time before residents take to them.

“Putting in a bike lane can be done more or less overnight, but changing behaviours is something that is going to take a lot longer,” he said.

Mayor Patrick Brown echoed these sentiments, pointing out the City needs to implement the infrastructure before people can use it.

“If we didn’t have a soccer field and we said no one was playing soccer it would be because of a lack of infrastructure,” he said. “In order for people to be able to use the infrastructure, we need to build it first.”

Additionally, Rowena Santos, Regional Councillor for Wards 1 and 5, pointed out the bike lanes are necessary for Brampton, the second-fastest growing city in the country.

“The Region of Peel listed a statistic that we are outgrowing the roads we could create, so we need to create alternatives to driving in order to prevent traffic congestion,” she said. “As a cyclist myself, I am seeing more families and children riding their bikes that I didn’t see before the implementation of some of these bike lanes.”

Zbogar also pointed out, while congestion might have increased during peak hours on Charolais, the data indicates the impact hasn’t been that severe.

However, Jeff Bowman, Regional Councillor for Wards 3 and 4, suggested, while the impact might not be that severe right now, a new development is coming soon that could change that.

“While Charolais may not have the extensive traffic at this point, roads are designed for future use as well, and I have some concerns about what is going to happen when the Shoppers World Development is complete—there will be a lot of people using Charolais as an alternative to Steeles for example,” he said.

Further, Bowman believes the timing for some of the bike lanes isn’t ideal, and that it could present a safety issue.

“On Charolais, when the snow starts falling, and it could start falling within a matter of days, we’ll have only had the lanes there for about a month, maybe a month-and-a-half, and when the snow is covering the roads, some people may not even know that the bike lanes are there. If there are still winter bike riders, that could present a safety issue,” he said.

Bowman suggested ensuring that when new bike lanes are approved, they are implemented in the spring months in order to allow drivers and cyclists to get used to them and utilize them for the entire season.

Brown pointed out that certain health and lifestyle-related conditions are increasing in Brampton, and, in addition to promoting fewer drivers on the road, these active transportation lanes also promote a healthier lifestyle.

“Just looking at the health issues we have in Brampton, we have cardiac issues and rising obesity rates, and one of the ways to combat that beyond diet is an active lifestyle,” he said. “I know it’s more complicated in existing subdivisions, but we need to make sure there’s opportunities for active lifestyles in older subdivisions and new subdivisions.”

While the issue remains a contentious one, council appears to agree that better communication regarding the future implementation of bike lanes is necessary for residents.

A full list of transportation projects the City has recently completed, is planning, and is currently working on is available online.