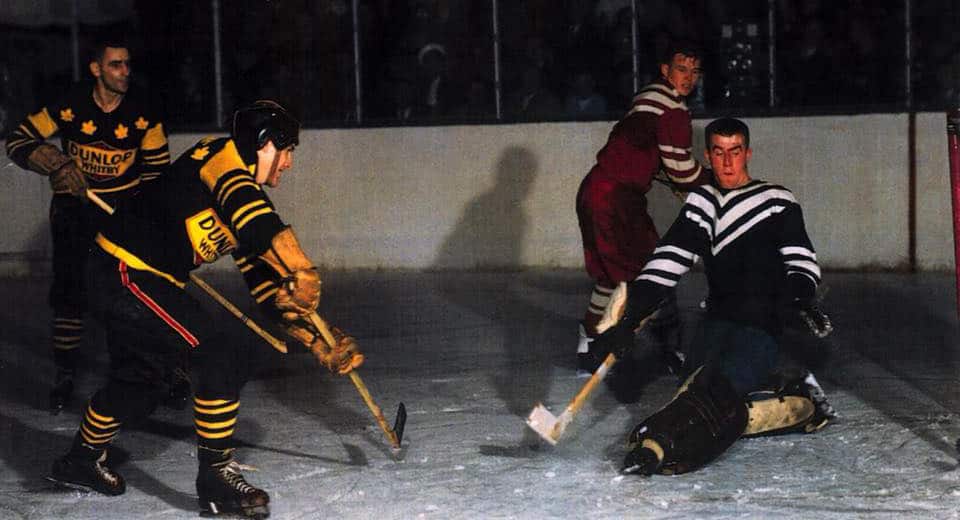 Charlie Burns, whose unique path in hockey included leading the Whitby Dunlops to the summit of international hockey, died last week. He was 85.

Burns passed on Nov. 5 in Yale New Haven Hospital in Connecticut surrounded by friends and family, including his wife of 46 years, Margaret Burns. He influenced youth hockey in the northeastern state, serving as president of the Wallingford Hawks Youth Hockey Association.

The Detroit-born Burns’ starring role with the Dunlops, a popular senior hockey team, earned him induction into the Whitby Sports Hall of Fame. After playing junior hockey with the Toronto Marlboros, Burns joined Whitby and helped the Dunlops win the Allan Cup back-to-back in 1957 and ’58.

The Dunlops kept Durham Region tided over for local and live hockey for several years. In 1953, the Oshawa Generals junior team disbanded after the arena they played in burned down. The Gens were not revived until nine years later, in 1962, when they came back into the Ontario Hockey Association (now OHL) with a 14-year-old defenceman by the name of Bobby Orr.

As the nation’s reigning senior champs, the Dunlops were nominated to represent Canada at the World Ice Hockey Championship in 1958 in Oslo, Norway. In those early stages of the Cold War, the Soviet Union was ascendant as a puck powerhouse, having won its first Olympic hockey gold medal two years earlier.

Along with Burns, the Dunlops’ core players included Harry Sinden, who coached Team Canada in the 1972 Summit Series and was the longtime general manager of the Boston Bruins. The lineup also included Sid Smith, who had starred for the Toronto Maple Leafs. Another contributor, Bob Attersley, later became mayor of Whitby. Wren Blair, who later became the first general manager of the Minnesota North Stars, was the coach.

(Three decades after they were together in Whitby, Attersley and Blair affected the course of one of the Generals’ division rivals in the OHL. In 1989, they bought the Kingston franchise and renamed it the Frontenacs.)

Burns earned top forward honours in the tournament. The Dunlops went a perfect 7-0, clinching the gold medal by defeating the Soviets 4-2 in their final game. They were the third-last senior team to win gold for Canada before the country created a full-time national team program. By the late 1970s, Canada began assembling a team from NHL players whose teams were not competing in the Stanley Cup playoffs. 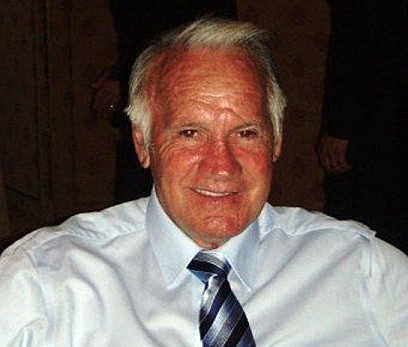 After starring in Whitby, Burns went on to play a total of 749 NHL games, scoring 106 goals and 304 points. He was regarded as an all-around player who was a superb skater and playmaker, as well as a responsible playmaker and checker. He also stood out as one of the few American-born players and as one of the helmeted players during the latter years of the six-team era. He wore the helmet as protection from a head injury.

Over his career, he played with five NHL teams. He debuted with his hometown Detroit Red Wings, and then was moved to the Boston Bruins, where he was a teammate of Willie O’Ree, the NHL’s first Black player. After expansion in 1967, he played with the Oakland Seals, Pittsburgh Penguins and Minnesota North Stars. He was also the North Stars’ player-head coach in 1969-70.

In addition to his spouse, Margaret Burns, Charlie Burns is survived by his sons and daughters-in-law, Scott and Crissy Burns, and Daniel and Kim Burns, as well as two granddaughters, Kennedy and McKingley Burns.

Burns’ family has requested that donations and gifts be sent to Wallingford Hawks Youth Hockey in his memory.