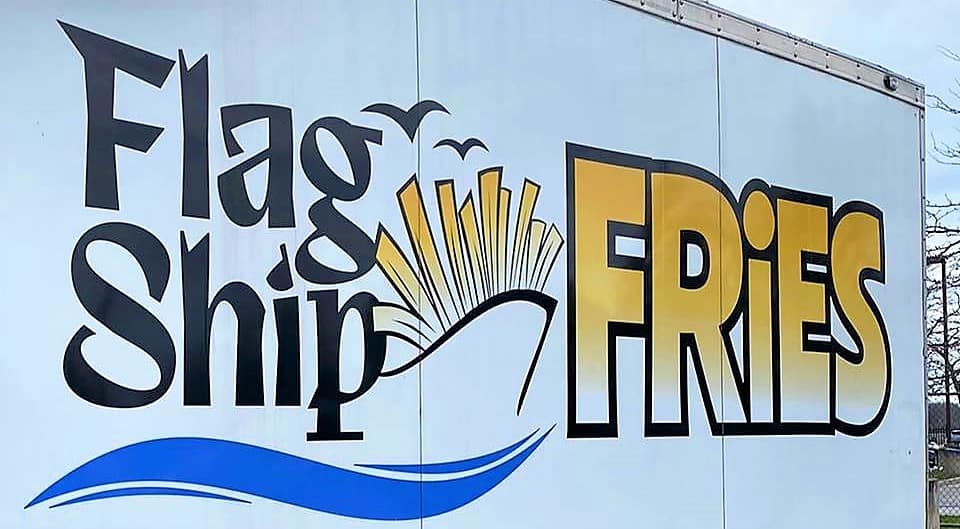 The Flagship Fries food truck in St. Catharines is where the Motorcycle Ride for Charity will be stopping for lunch on September 28. (Photo: Facebook)

When the Motorcycle Ride for Charity holds its big day next week, they’ll be stopping in St. Catharines for lunch on the way to their final destination in Turkey Point in Norfolk County.

Running for the first time since 2019, sponsored by the Ontario Realtors Care Foundation, the charity ride on September 28 will begin in Milton at Mattamy Cycling Centre and then travel 127 kilometres to Turkey Point.

However, there are stops along the way. After leaving Milton at 9:30 am, they head down a couple of highways to Hamilton’s Dundurn Park for a break from 10:15 am to 11:30 am.

Flagship Fries is, of course, one of St. Catharines’ top-ranked food trucks, scoring an incredible 4.6 out of 5 on Google reviews. It regularly makes Top-Five lists of the Best Food Trucks in the Niagara Region.

Now in its 15th year, the annual Motorcycle Ride for Charity is an all-realtor group. “Those who ride motorcycles rev up their engines and make their way to different cities each year as a tribute, with stop celebrations, speeches and more, all in support of Ontario charities,” say organizers.

Over the years, the Ride has raised over $400,000 for local shelter-based charities in Ontario. This year’s goal is $40,000 and organizers say they are already halfway there.

For a list of the 50 realtors heading out on their hogs for charity and how to sponsor them, you can click HERE

Three of the realtors are from the Niagara Region – Michael Sommer of St. Catharines, Stephen McGuire from Niagara-on-the-Lake and Clark Willet of Niagara Falls.