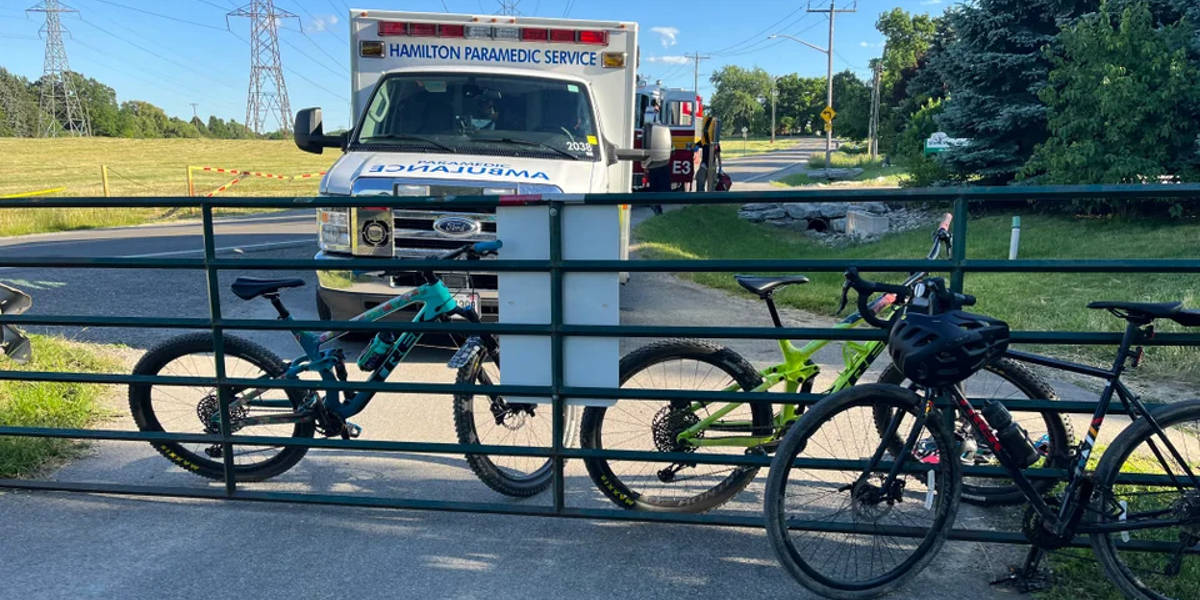 A heated debate ensued on Reddit after a cyclist was reportedly bitten by a dog on the Chedoke Radial Trail in Hamilton on Thursday afternoon. (u/krftwrk70 on Reddit)

A Hamilton dog owner was charged after a cyclist was bitten while riding through Iroquois Heights off the Chedoke Radial Trail on June 23.

The victim of the dog attack suffered two large gashes on their leg and required the assistance of paramedics before being treated at the hospital.

Animal Services says the dog owner is facing three charges under the provincial by-law — two counts of “fail to license dog” and one count of “permit dog to bite person.”

The dog owner had their two German Shepherds leashed during the attack.

Additionally, both dogs have been designated as dangerous under the by-law. They are under mandatory confinement through public health.

“Dog owners need to be aware that they are liable for their dog’s actions whether it involves biting a person, attacking another animal or running at large,” said Animal Services in a statement. “We want to extend our sympathies to the victim and wish them a speedy recovery.”

The incident garnered a lot of attention when the victim of the attack posted about it on Reddit.

“My friend just got bit by a dog while biking on the Chedoke Radial Trail. Please! If your dog is not well behaved, don’t bring them to public places!” the post reads.

Penalties in the dog owners’ liability act can be up to a $10,000 fine and/or six months imprisonment upon conviction.

Owners walking their dog without a least can be fined up to $100.