Charges dropped against Burlington man who lied about being a terrorist 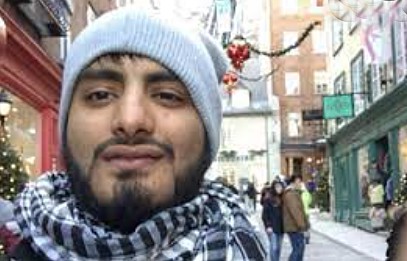 Charges have been dropped against Burlington's Shehroze Chaudhry

A Burlington man who lied about serving as an executioner for the Islamic State has had criminal charges against him dropped before facing a court date for creating a terrorism hoax.

According to court documents, Shehroze Chaudhry, 26, gained international attention in 2016 after spreading stories online that he spent time in Syria as a terrorist involved in fighting and executing enemies.

When it was discovered he fabricated the stories, he was subsequently charged by Canadian officials for “perpetrating a hoax that terrified and threatened the public.”

On Friday, in a Brampton court, the charges were drop when he presented a statement regretting his actions and admitting the falsehoods. It was pointed out that he had never left Canada and was never involved with ISIS.

Chaudhry gained international exposure for his comments when first circulated online and picked up by international media. It culminated in 2018 when, going under the name Abu Huzayfah, he became the subject of an ongoing and award-winning podcast series by the New York Times that detailed his so-called exploits as a terrorist.

Under terms of his release Chaudhry has to post a $10,000 bond and agree to live with his parents and not leave Ontario for the next year. As well, he is has agreed to receive counselling and to not own any weapons.