Changes Coming to MiWay in Mississauga

If you’re a regular MiWay user, there are a few changes coming down the pipeline that you might want to know about.

The City of Mississauga recently announced that MiWay will be rolling out several route and service improvements on July 3 as part of the MiWay 5 Service Plan (2016-2020)–a plan that’s working to shift buses to a grid network.

The improvements include an extended route across the city to the Mississauga Airport Corporate Centre.

As far as other changes go, MiWay says Route 39 – Britannia will extend east to provide a direct connection from Meadowvale Town Centre to the Skymark Hub in the Mississauga Airport Corporate Centre, near the future Renforth transitway station.

Other service improvements can be seen below: 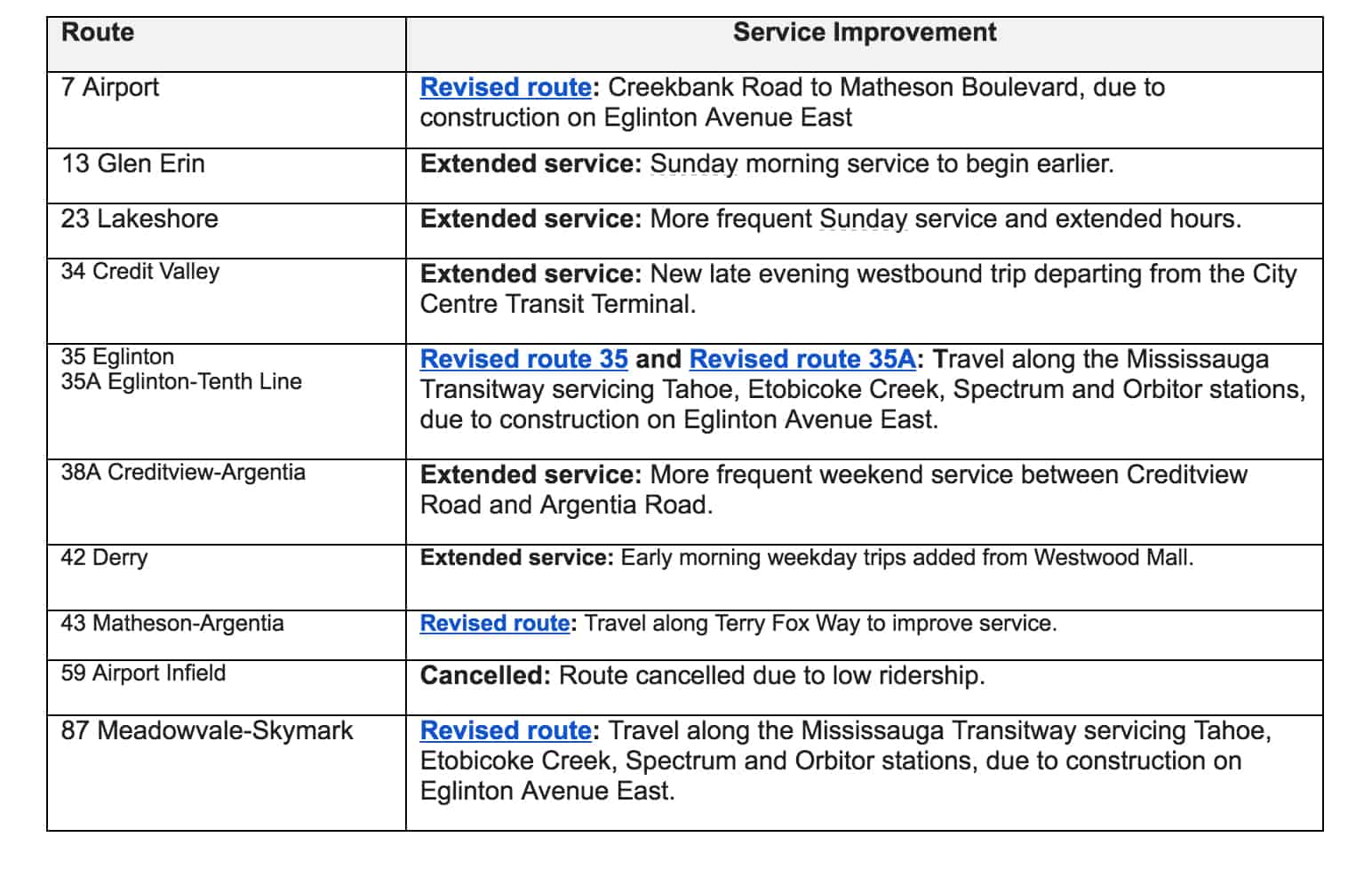 If you Travelling around Mississauga on Canada Day (and you should, as Celebration Square is always a great time), take note that MiWay will have additional trips from the City Centre Transit Terminal on routes 3, 7, 10, 19, 23, 26, 34 and 61 following the fireworks.